Disturbing – Woman Can Turn Your Dead Cat Into A Purse To Carry For A Lifetime.

When a beloved pet dies, there are a few ways to give your little fluffy a final resting place.

However, I doubt that you ever thought of this option.

It all began in 2004 when a woman had a cat named Pinkeltje, who was very depressed – the cat could not be left home alone.

So, she took it upon herself to “silence” her cat and make her into a purse, that she could always carry with her.

‘The Pinkeltje Project’ received a lot of negative attention from activists and media demonstrating that this approach is certainly met with its share of resistance.

In this project, she executed her cat with her own hands and then had it stuffed and made into a handbag as a product for consumption, thereby directly bridging the gap between house pet and fashion accessory.

“When I broke the neck of my sick cat and then made a handbag out of her, I honestly had no idea what I got myself into,”  she described after receiving nearly 100,000 threats in a four-year period.

“To them, the fact that I had made a purse out of her skin showed my disrespect towards animal kingdom,” She said. “But we live in a culture where the origin of our food or clothing is seldom seen, and we hand our sick pets over to an expert to be given a lethal injection to end their suffering. But when I take matters into my own hands, it’s called an ‘atrocity.'” 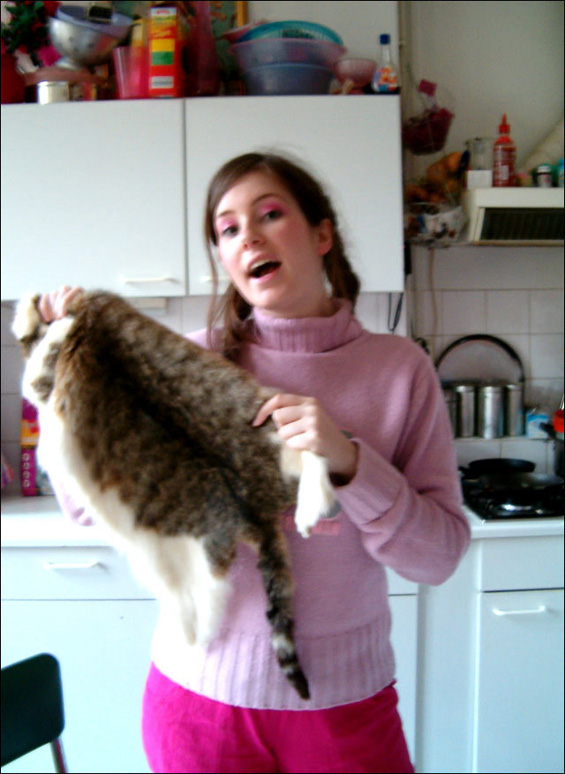 ‘The Pinkeltje Project’ has since ended, and there are no reports that she has made any purses since this incident.

Hopefully, this is not a trend we will see in the future.