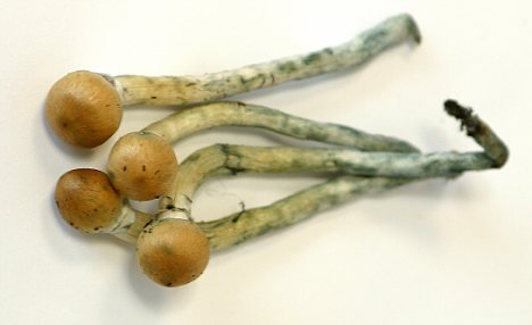 Researchers have found that the illegal substance known as magic mushrooms appears safe for treating the anxiety felt by patients who have advanced, terminal cancer.

The compound in magic mushrooms, known as psilocybin, was shown to reduce anxiety and improve the mood of those patients without harmful effects according to the small-scale study in California.

According to researchers, the study was the first in more than 35 years to examine the use of hallucinogens on psychiatric therapy for patients facing death.

Grob Says the study involved only a dozen participants, and the dose they received was modest.

Psychiatric research on hallucinogens was first conducted in the 1950s through the 1970s and showed promising results.

However, it stopped after popular recreational use of these drugs led to cases of drug abuse, including people who experienced psychological disturbances. As a result, they were perceived as a public health concern and later labeled a Schedule I Drug.

“These were compounds in the 60’s that I think became almost too hot to handle,” Grob said.

Over the last decade, researchers have resumed examining whether the hallucinogens have psychiatric benefits.

The patients who took psilocybin reported a general reduction in their anxiety over the next six months, with the biggest reduction coming at the one month and three month marks. Also, a significant lessening of depression was seen at the six month mark.

The patients said they felt the drug contributed to their emotional improvement. “Individuals did speak up and tell us that they felt it was of great value,” Grob said.

Two other studies on the anxiety reducing abilities of hallucinogens for those with advanced stage cancer are being conducted at New York University and Johns Hopkins University. And those researchers have permission to use slightly higher dose.

Previous research conducted on hallucinogens that used much higher doses of psilocybin show that the effect on anxiety was more pronounced with larger doses.

“The results may be an improvement on ours. We will have to wait and see,” Grob said.