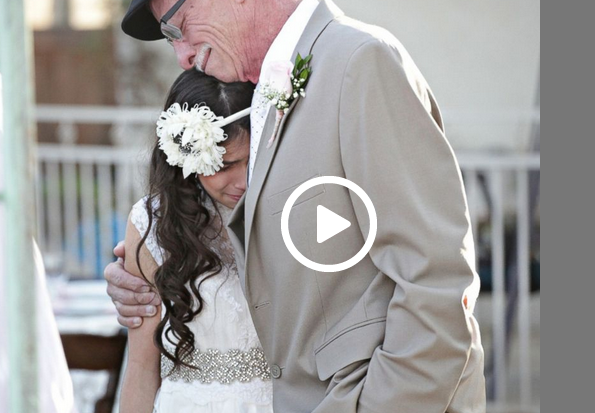 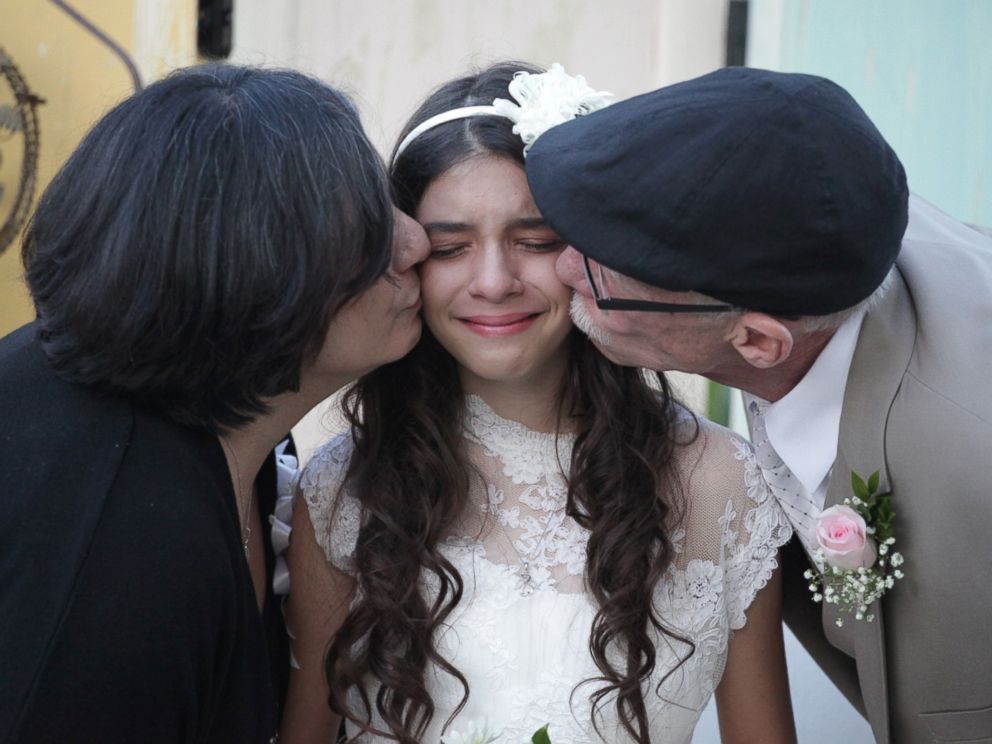 Dying Dad Walks 11 Yr Old Daughter Down The ‘Aisle’ In Heart Breaking Ceremony. An 11-year-old girl from California walked down the aisle with her dying dad in an emotional ceremony that pronounced the pair “daddy and daughter”. “It was not easy to do, but I wouldn’t change it for the world,” said Jim Zetz, 62, who has stage 4 pancreatic cancer and is expected to live only a few more months. 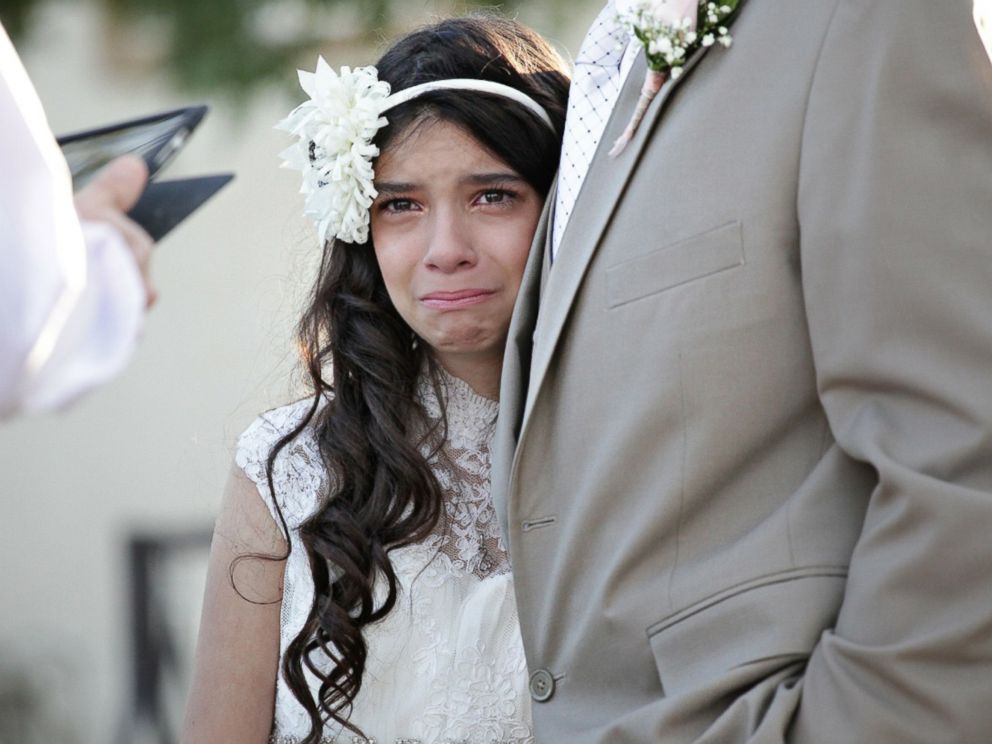 “In 20 years, when she really gets married, she is going to be happy this happened,” he said. A photographer close to the Zetz family arrange the mock wedding as a surprise, to give Jim the chance to celebrate a milestone he will likely miss as his cancer progresses.

Lindsay Villatoro of Love Song Photography secured donations for Jim’s suit, his daughter Josie’s white gown, a wedding cake, catering and flowers. Jim’s wife Grace Zetz, 54, called the ceremony a beautiful surprise. “We didn’t really know what was going to happen. She put it all together in just 72 hours,” she said. “She came in with three truckloads of decorations for my backyard!” It happened on March 14, Josie’s 11th birthday. 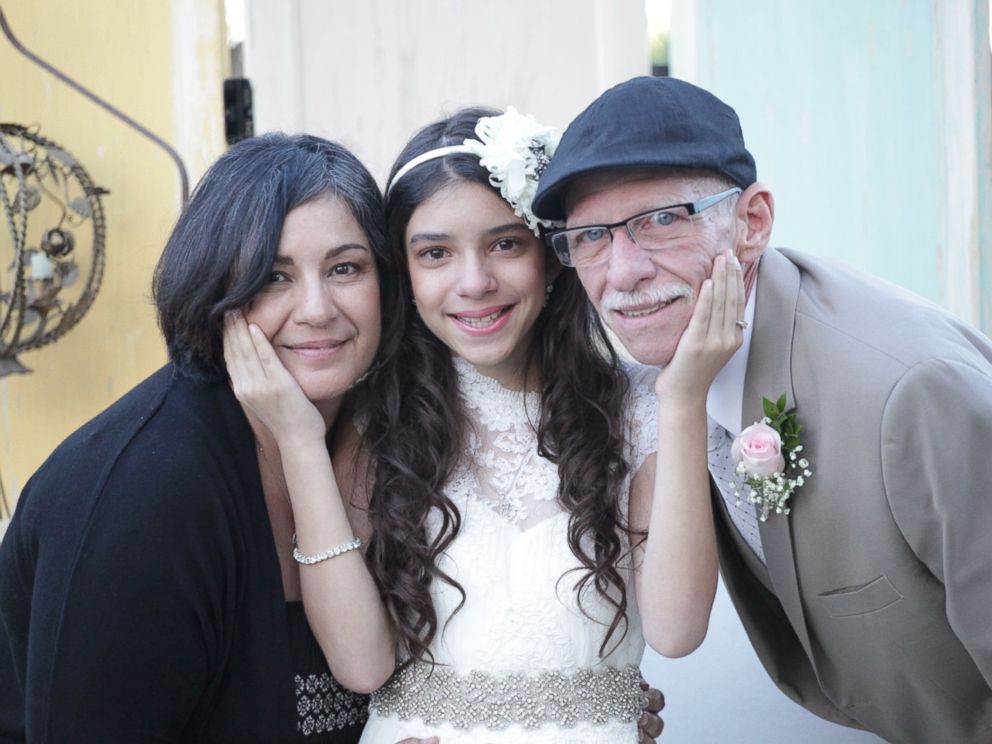 “She is old enough to grasp the seriousness of her dad’s condition”, her mom said. “The therapist recommends we use big words and make her understand that none of this is her fault,” Grace said. “This is life and death and Jim has gotten a lot sicker over the past few weeks. She knows she has to be patient and it hurts.” Jim was diagnosed with cancer last October. Doctors explained it was fast-growing and too late to do anything, After suffering through three months of chemotherapy, Jim opted to stop treatment and enjoy the months he had left.

“It’s been hard, his diagnosis was an aggressive one and things have gone by so quickly,” Grace Zetz said. “We set goals to do something every week.” Jim and Grace are on a cruise to Hawaii this week, paid for by donations from their Miranda, California community.