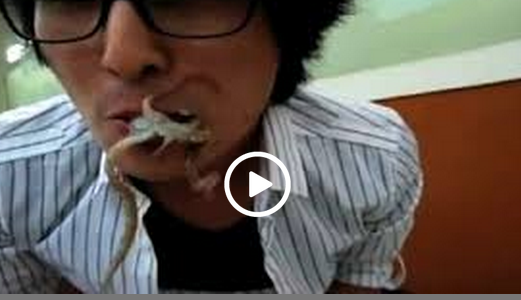 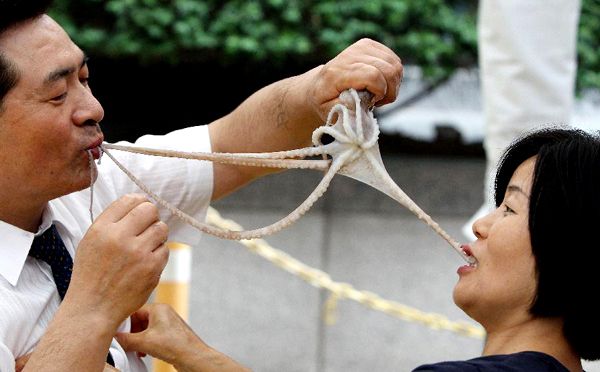 Eating Dinner That Fights You Back, Live Octopus. Warning this video contains footage of a man eating a live octopus as it tries to escape it’s demise. If you have a weak stomach, we suggest you move on to the next post. While many of us will scream YUCK, live octopus or Sannakli is a popular delicacy in South Korea. The video shows the octopus and its tentacles moving, squirming, and grabbing onto anything it can to avoid going into this man’s mouth.

The cruelty of this delicacy is highly debated. Technically, the tentacles themselves are not alive. They say the twitching of the nerves are just reacting to the loss of command from the octopus’s brain. They can continue for up to 30 minutes after it has been cut. According to scientists, octopuses are more intelligent than most people are aware. Orion magazine reports that an octopus is able to identify and remember people, even after much time has passed. Also, they are able to exhibit a unique personality and even basic problem solving skills.

Although they claim the octopus is dead, and the movements are just nerve reactions, you could have fooled me. This video looks like this octopus is alive and well and fighting for life. Watch the video, share and let everyone know what you think!