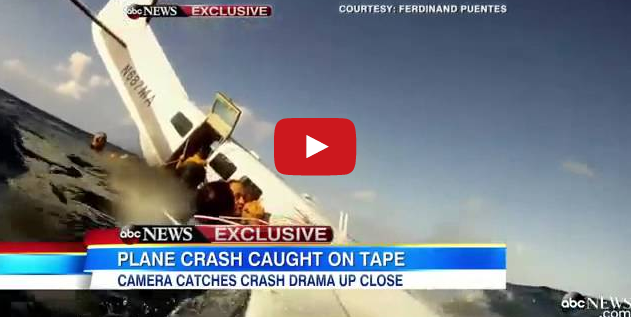 Final Moments Of Hawaii Plane Crash Caught On GoPro By Passenger. We have seen many tragic airplane crashes on TV as by-standards pick up cameras and record. But have you ever seen a plane crash from the passenger’s point of view? That’s what happened earlier this year when a small plane crashes in the ocean off the island of Hawaii. With his GoPro, he was able to capture the plane’s descent, the impact, inflating his life vest and exiting the plane into the freezing ocean. He was even able to capture some underwater footage as well as passengers cling to the wings of the airplane. Unfortunately, there was one death, but the rest of the passengers survived. CLICK HERE —> TO LIKE DAILY BUZZ LIVE ON FACEBOOK! You can see it all in the video below: