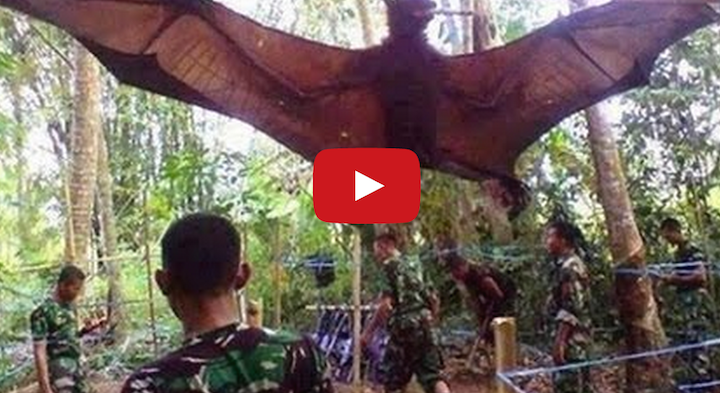 Giant Bat With 6 Ft Wing Span Captured In The Jungles Of The Philippines.

The giant Golden Crowned Flying Fox Bat is a rare species, and one that features very long wings.

Their wings are so long that it is often seen with them wrapped around the body like a cloak, similar to the vampire movies.

The wings can end up being up to 6 feet wide when fully displayed. They weigh about 2 1/2 pounds each.

It is considered to be the largest bat in the world. This bat has a face that looks very similar to that of a fox.

They have a long snout that is very similar to canines.

They also have ears that are pointed rather than round like most species of bats. Many people call them the “fox with wings.”