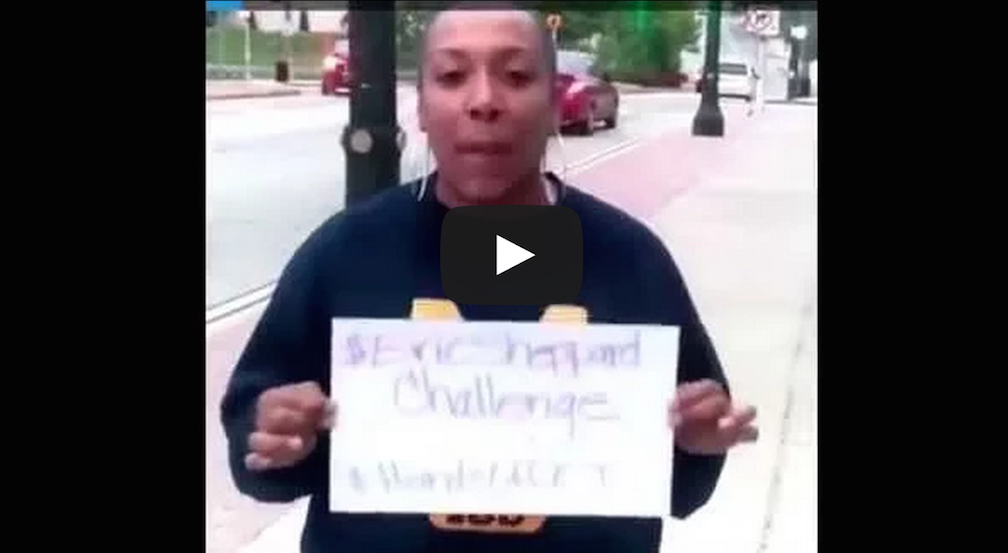 Just when you think Americans can’t get any dumber, someone comes along to prove us wrong!

In the video below Erica Walker stomps on the American flag for the “Eric Sheppard Challenge.”

She jumps up and down on it saying “F%ck Your Flag.”

The “Eric Sheppard Challenge” asks participants to stomp on the American flag to show support for Eric Sheppard, a self proclaimed “terrorist.”

Eric Sheppard is a black college student wanted in Georgia after his gun was allegedly found on campus during a series of protests.

Several black women from Atlanta have decided to make their own videos while they stomp on the American flag in his honor.

The video was publicly posted for the world to see, so let’s help her become famous – share this so everyone can see her ignorance and disrespect.

If you want to protest, do so without disrespecting our fathers, mothers, grandfathers, uncles, friends and everyone else who spilled blood for this flag.