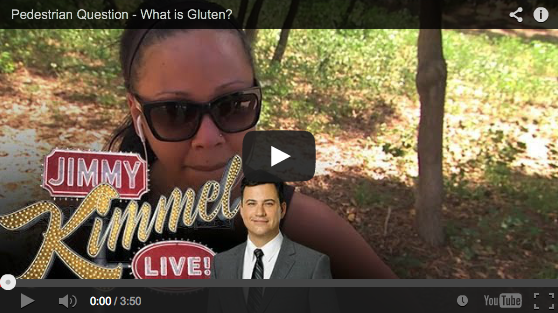 Gluten Might Not Be What You Think. Trends and fads happen all the time. Whether it’s a new fashion style or the latest diet craze, some people just do it to feel cool or like they fit in. Over the recent years one of these fads has taken form in something we call ‘gluten free.’ Now you may have wondered to yourself at one point, “What is gluten?” This is a good sign if you have wondered this at all in your life because that means that you probably aren’t gluten free because you don’t even know what it is, but at least you wondered. Most gluten free people don’t even do that.

Jimmy Kimmel got this impression and decided to see if anyone that is gluten-free even knew what gluten was. He went out to a popular workout spot a little ways from the studio that they film at and decided to ask people if they knew what gluten was. The results were pretty predictable for something that is considered to be mostly a fad. These people had changed the way that they live and eat, due to something that they knew nothing about. That’s either very courageous or just really lazy. Do yourself a favor and when ever you decide to change your diet or lifestyle, research what you are doing before you do it. Here this one’s on us, keep reading.

Now gluten is a mixture of two proteins that is present in cereal grains, especially wheat. This protein mixture is responsible for the elastic texture of dough. It’s true some people can’t have this substance due to a disease called celiac disease. 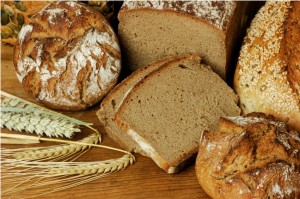 When someone with this disease consumes gluten, it triggers an immune response that causes damage to their intestines which can prevent them from absorbing vital nutrients. Most people however do not have this disease and according to the National Institutes of Heath, one in ever 141 people in the United States have this disease. That means that you are more likely to die in a car crash than to have this disease. Some people may be intolerant to gluten, which may cause them diarrhea, fatigue or joint pain but is not life threatening. Once again though most people are not. Hopping on this bandwagon may not be in your best interest. If you are able to eat gluten you probably should. Gluten-free foods have been know to be nutrient deficient which means you’ll have to eat more to get the same amount of nutrients. That doesn’t sound like something that someone trying to lose weight wants to do. Anyways watch this video below and stay informed.