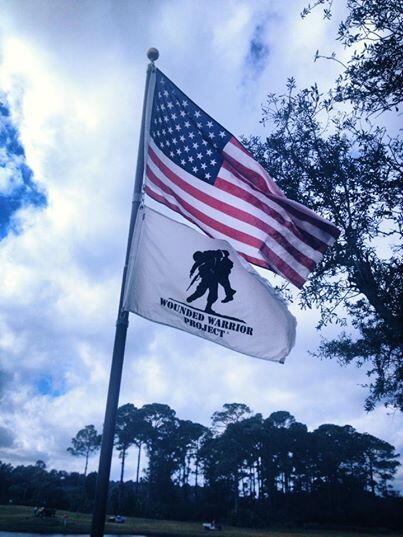 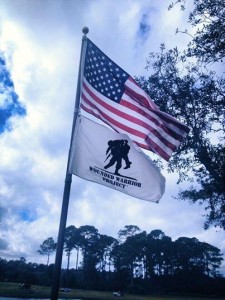 HOA Fines Man $1,000 For Flying Wounded Warrior Flag. A Florida man is facing a fine of $1000 for displaying the wounded warrior Project flag in his yard. According to WJXT-TV in Jacksonville Florida it’s going to get even worse than that. If he doesn’t pay the fine the homeowners association has threatened to put a lien on his house. The flag has been in Thomas Bagnoli’s yard for over one year no, flying proudly to support wounded troops. The penalty is $100 a day with a maximum fine of $1000.

The Association, Grand Haven Community of Palm Coast, does allow their residents to fly American flags, POW and US armed forces flags. For some reason the Homeowners Association objects to residents flying the Wounded Warrior Project flag. Bagnoli told reporters, “That wounded warrior flag signifies more than anything else the reason that the American flag is standing up. This epitomizes the Warriors and the Heroes of our country that make that flag fly.” Bagnoli says he refuses to take the flag down and his neighbors are standing with him and support.