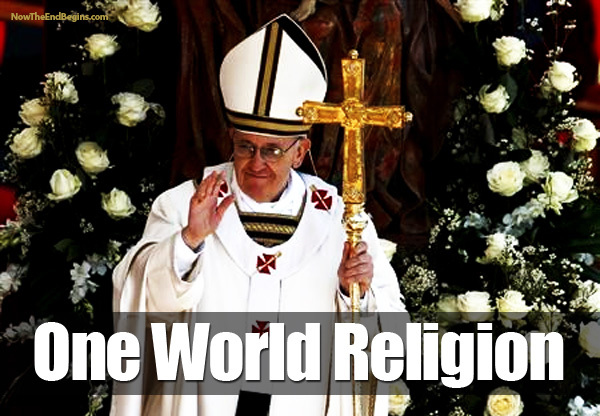 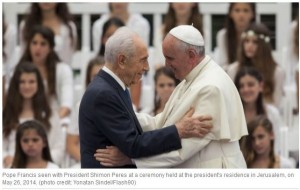 First Time In History Islamic Prayer Held At Vatican. Pope Francis and Israeli Pres. Shimon Peres and Palestinian Authority Pres. Mahmoud Abbas met on Sunday at the Vatican for Islamic prayer and readings from the Quran, for the first time in history. They met at the Vatican City to pray among each other for peace. Pope Francis hoped that interfaith prayer would promote peace between the Israeli and Palestinian people. 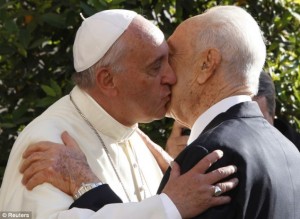 Many skeptics believe that the very act of bringing Jewish, Christian, and Muslim leaders together to “pray for peace” is a politically charged move, although a representative from the Holy City said that the prayers would be a”pause in politics.” The events featured readings from several texts of the mono theistic faiths. The Tanahk ( Hebrew Scriptures), New Testament, and the Quran were featured in the ceremony. Afterwards the trio were called upon to read religious versus of their choice. The Pope expressed his hope for peace in Italian by saying, “Peacemaking calls for courage, much more so than warfare. It calls for the courage to say yes to encounter and no to conflict. Yes to dialogue and no to violence. Yes to negotiations and no to hostilities.” Pope Francis also said that searching for peace was “an act of supreme responsibility before our conscience and before our people.” The Pope has refused to place responsibility on any particular source for the lack of peace in the Middle East. This was definitely a day that will be down in history.