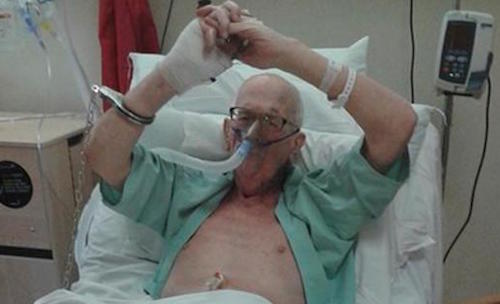 “We had evidence that Marilyn Monroe had not only slept with Kennedy, but also with Fidel Castro. My commanding officer, Jimmy Hayworth, told me that she had to die, and that it had to look like a suicide or an overdose,” claims the retired CIA Op.

Marilyn was different for him though, because until then he had never killed a woman. One can only imagine what a man’s conscience had to be like after doing so much dirt, but even on his deathbed he was stone cold saying he felt no remorse for what he had done.

“I did it for America! She could have transmitted strategic information to the Communists, and we could not allow that! She had to die! I just did what I had to do!”

Listen to the video below for full details of the confession.

What a shocking claim to say the least! What is your opinion about this deathbed confession?

Share with your friends and see what they think!