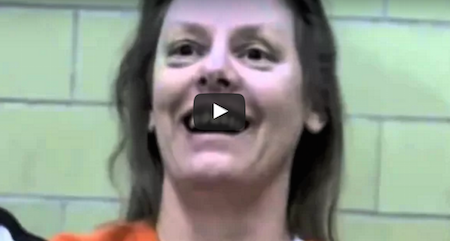 Aileen Carol Wuornos was in American serial killer who killed seven men in Florida in 1989 and 1990.

Wuornos claims that her victims had either raped or attempted to rape her while she was working as a prostitute, and stood by her statement that all of the killings were committed in self-defense.

She was convicted and sentenced to death for six of the murders and was executed by the state of Florida by lethal injection on October 9, 2002.

Here is a bizarre interview with Wuornos just one day before her execution.