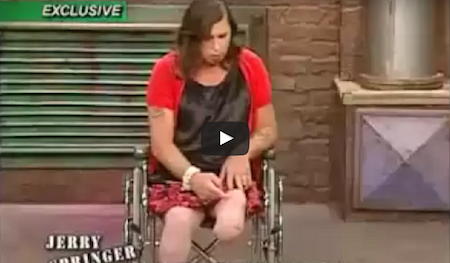 The guest on the show began wearing women’s clothing at age 12 and became a transsexual at age 35. But, that’s not the unusual part of the story.

This transsexual decided at the age of 14 she did not want her legs anymore. So one year ago, she took a saw and cut her legs off. Check out this extremely disturbing segment of the show in the video below.