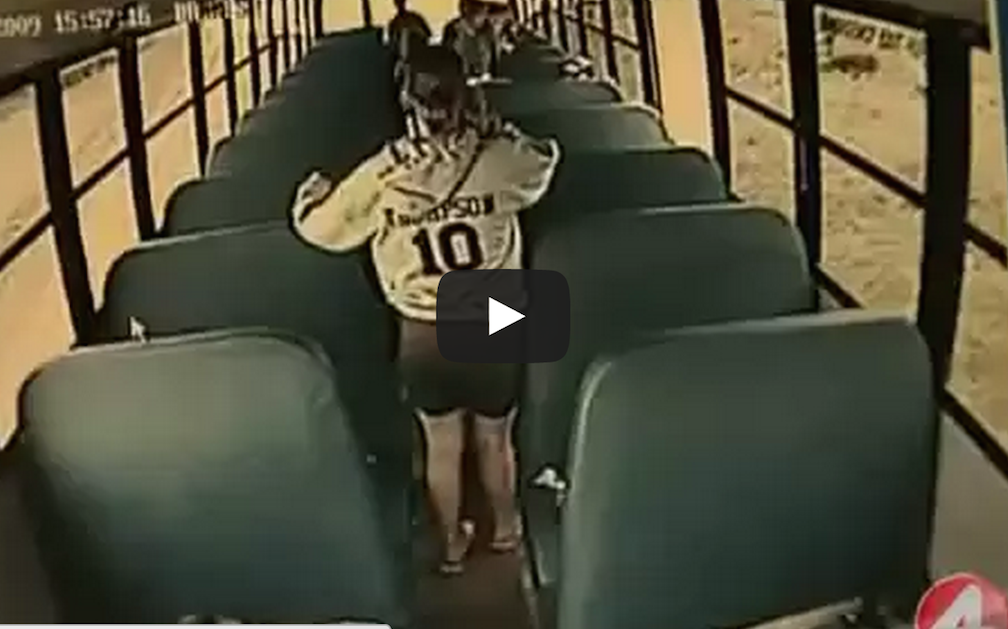 Kids Beg Bus Driver To Stop The Bus, The Reason Is So Disturbing!

For the parents whose children take the bus to school every day, you are putting your children’s lives in the hands of someone else.

For the kids who attend school in the Alfred Almond school district in Allegheny County, their lives were on the line.

Surveillance footage shows the students screaming frantically at the driver of their bus to “Put on the break!”

Why? Because she was drunk.

55-year-old Martha Thompson had a blood alcohol content of .15.

Apparently, she thought it was no big deal and the kids were overreacting.

You can hear Thompson on the video saying, “Will you guys stop?” The student replies, “Well, you are not okay and I know it.”

Then, Thompson speeds up the bus, runs over a mailbox and started rolling backwards downhill.

Finally, the kids managed to open the emergency door in the back of the bus and get out.

Thompson pled guilty to 37 counts of child endangerment and driving while intoxicated.

It’s really a shame that we have to worry about our children getting a ride to school. There should be a better screening process for the people who drive these buses!

You can check out the whole incident in the video below.