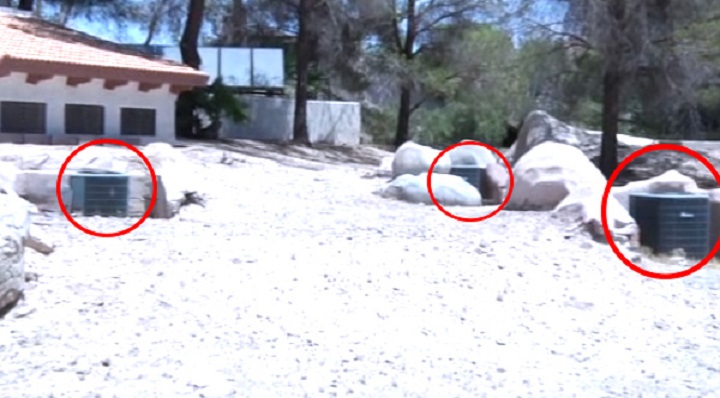 It Looks Like A Typical Las Vegas Home, Until You See What’s Hiding Underground.

On the outside, it looks like a typical Las Vegas home on a large piece of land. Until you look closely and see several air-conditioning units scattered around the property.

The reason? This home is hiding a huge secret. It is a self-sustaining underground lair resistant of any nuclear war.

This underground home was built in 1978 by Gerard B Henderson, a very wealthy man concerned about the Cold War.

Henderson figured if he was going to have to wait out the end of the world underground, he might as well do it in style.

As you journey underground, via the stairs or the elevator, there are three bedrooms including a guest house. This doomsday home features a bar, fireplace, full kitchen pool and sauna. It even has a putting green.

The home was purchased a couple times since he first put it on the market, but it’s currently owned by a bank after a foreclosure.

Check out the photos, you will be amazed!