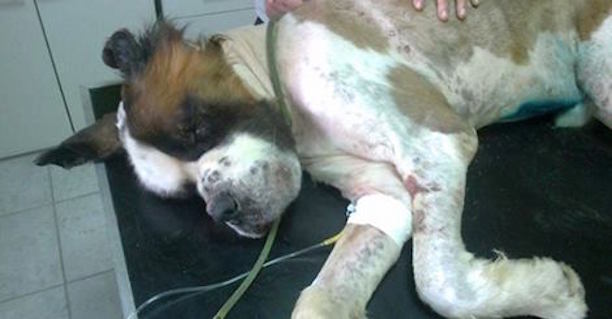 Man Accused To Smuggling Drugs Inside His Dog, How It Got There Will Shock You!

A Peruvian man was arrested for trying to smuggle over 6 pounds of cocaine inside the bellies of two St. Bernard dogs.

Local police say that the drugs were placed inside the dogs bodies during an operation that was performed inside a hotel room. Unfortunately, one of the dogs did not survive.

Police say the veterinarians removed bags of drugs from a male dog and a female dog.

They both suffered from grave peritonitis, an infection of the tissue lining of the abdomen’s inner wall. They both also experienced high fevers and vomiting.

Peruvian officials say this is the first time they had discovered somebody trying to smuggle drugs inside their dogs.