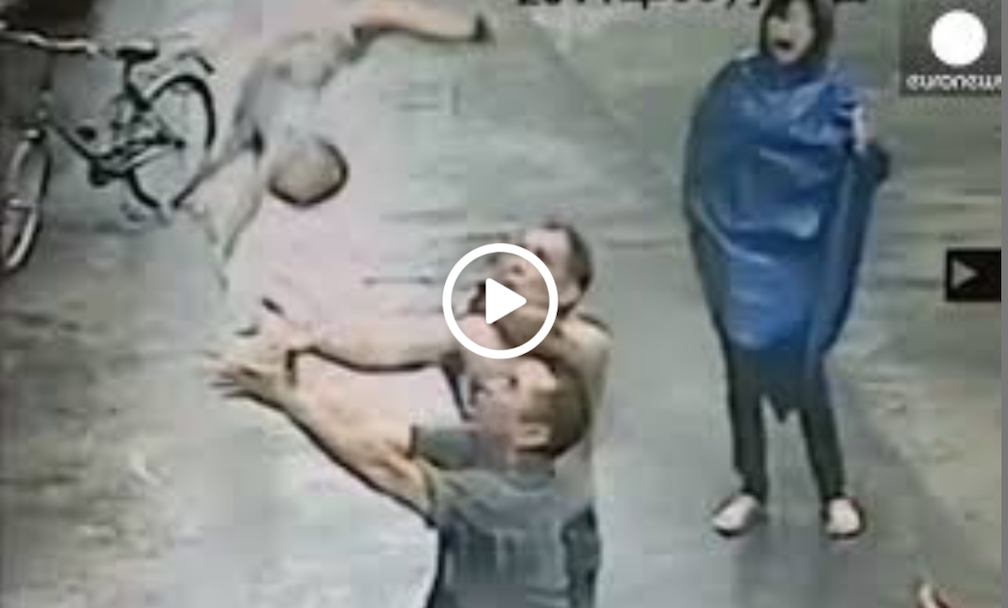 A one-year-old child, who had been left alone by his mother, nearly escaped death as he fell out of a two-story window in a Chinese apartment complex.

This incredible video footage shows a heroic bystander, who calls himself Mr. Li, miraculously grabbing the infant as he plunged 2 stories to the ground.

The video of this heroic rescue was uploaded to the Internet and has gone viral with hundreds of thousands of views. The child, who was left alone by his mother, had climbed up to the window to look for her.

Li, who had been seeking shelter from the thunderstorm in Xiaolan, spotted the child and stood in the middle of the street hoping he could catch him if he fell.

Others who saw what was going on pulled sofas and cardboard boxes out to the road in an attempt to cushion the babies fall. Luckily the babies survived without injury.