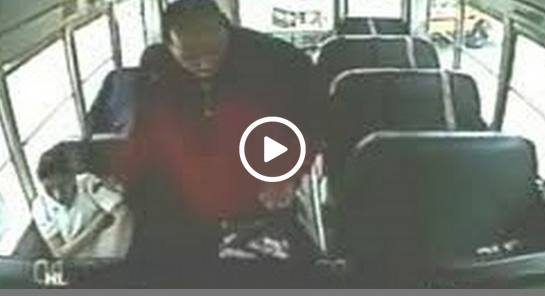 The bus driver was poorly reacting to his misbehavior. The incident happened in January, but Nava was never told of the incident until reporters brought it to her attention.

Detective CL Williams said the district followed the protocol and sent DPD a suspected child abuse report. “There was nothing in it that jumped out at us screaming this need to be attended to immediately,” Williams said. Williams also said DISD told them the case would be handled administratively, so the detectives closed the case.

But when DPD was informed of the suspected abuse case, they were never told about the video. “I do think it should have been brought to our attention that there was a video involved”, Williams said.

While Nava admits her son does have behavioral problems, she said that is why she requested a monitor on the bus. The date of the incident, the monitor could not make it. “This is going to end here,” Nava said. “I think my son deserves better.” As for the driver, Janet Pitts, she would not comment.

Nava says this all appears to be a cover-up and she is ready to fight for her son and other special education students. “They are human beings too,” she said.