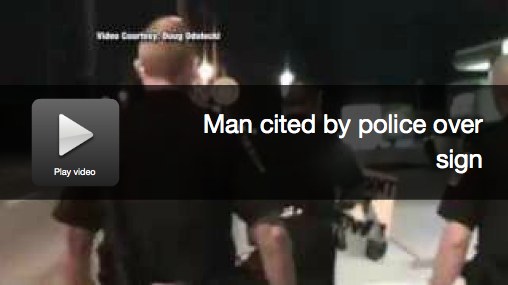 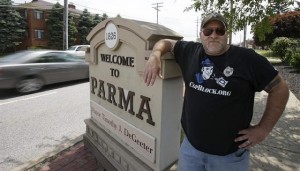 Man Cited For Warning Drivers Of DUI Checkpoints. A Cleveland man is saying that the police violated his First Amendment right to free speech. They cited the man, Douglas Odolecki, 43, for holding a sign that warned motorists of an oncoming DUI checkpoint and to turn away.

The sign had said, “Checkpoint ahead! Turn now!” The police had approached Odolecki the first time and asked him if he could remove the words turn now or get rid of the sign. The left him with a warning. They came back an hour later and Odolecki was still at it with the same sign unchanged. At this point Odolecki pulled out his camera and started filming the police just in case anything happened. 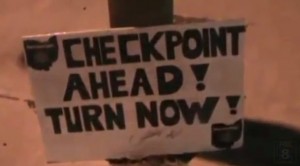 To no avail the cops were quite civil and just gave the man the citation and left. Odolecki got a citation for obstructing official business. Even if the police were civil with him, Odolecki believes that DUI checkpoint are a volition of our civil liberties and runs the greater Cleavland area’s CopBlock.org which apparently holds police accountable for their actions. Odolecki says that he has made warning motorists of drunken-driving checkpoints his mission. He states, “i’ll go anywhere I’m called, anywhere I’m needed, anywhere I see injustice happening.”
The good samaritan plans to fight the citation in court and already has a lawyer. Attorney John Gold is representing him for free. Gold says that police must alert the public in advance of setting up a DUI checkpoint and that citizens can drive around them if they please. In which case, Odolecki did nothing wrong when he held up the sign. Check out the report below: