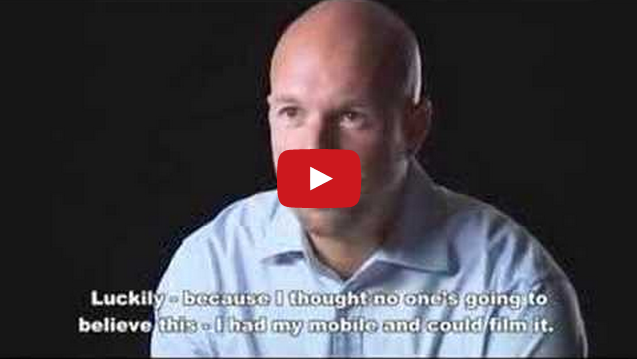 Man Claims To Have Proof He Traveled Through Time.

People have always been fascinated about traveling through time. Over the years there have been all kinds of ideas on how it could be done. But of course time travel is impossible, or is it?

This man, Hakan Nordkvist, claims to have visited the future. He had been working all day when he came home and walked in the kitchen, he noticed there was some water on the floor and thought “Oh no a pipe under the sink must have burst”.

Nordkvist retrieved his tools so he could fix the sink but he could not reach that far in. So he kept crawling in further, and further. All of a sudden he sees a light and he could stand up. In front of him he saw himself as an older man around 70 years old.

It would be very easy to dismiss Nordkvist as a liar, if it wasn’t for this. Luckily, because he thought nobody was going to believe this, he had his cell phone and could film it. So he stood with his older self and took video.

Nordkvist said it was a great great feeling. See the rest of his story below!