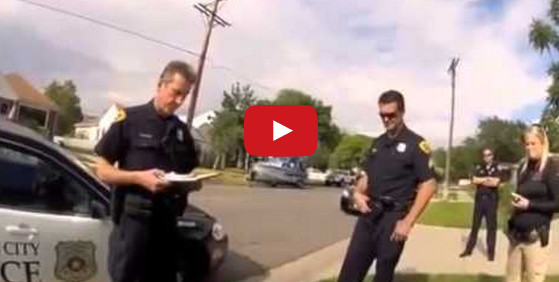 Man Confronts Police After They Shoot His Dog In The Head.

A Salt Lake City man received a call from animal control notifying him that his best friend was shot in the head after the police entered his backyard with no cause.

The officers say they were searching for a missing child and entered to search the yard. After entering the gates, they were confronted by the owner’s dog and shot him in the head.

At the end of the video the owner records the scene in his backyard. You can see that his dog is at a great distance from the gate that enters into the backyard.

The owner continues to ask the police, “Why couldn’t you just back the f*ck out of my yard?”