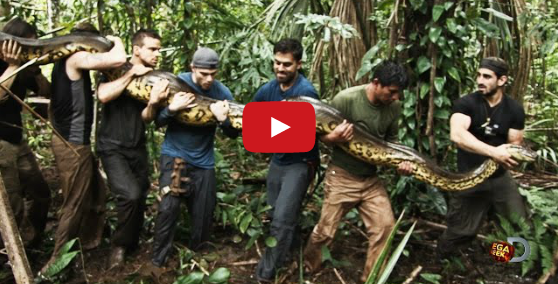 Man To Be Eaten Alive On National Television?!? Just when I think that I’ve seen every type of reality show possible something like this comes out of the woodwork. A new show on the Discovery channel will show a man being eaten alive be an anaconda.

The show, properly named “Eaten Alive,” will premier on December 7th and filmmaker Paul Rosolie will be covered in pig’s blood and then swallowed by the giant snake. 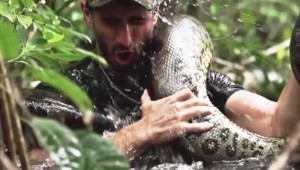 In the promo clip you can see that they put Rosolie in a protective suit of some sort and since the show has already been shot, Rosolie’s activity on Twitter can only make one assume that he makes it in the end.

As usual though, there are some people that aren’t worried about the well being of the human, but instead are worried that this is some form of animal cruelty towards the snake.

There is even a petition on Change.org for Discovery to pull the plug on the show even before it airs. As per the petition, “This is animal abuse to the highest degree and absolutely disgusting, and could kill the snake. An adult green anaconda cannot fit the width of an adult man’s shoulders into it’s body.”

Rosolie had something to say in regards to animal cruelly and the show itself, “I understand that many people have questions. All I can tell you now is that all my work is based around the fact that wildlife and ecosystems today, across the globe, are at a critical moment.”

He continues, “”For those worried about animal cruelty, I invite you to research my work, read my book. Then ask yourself: would this person ever hurt an animal?”