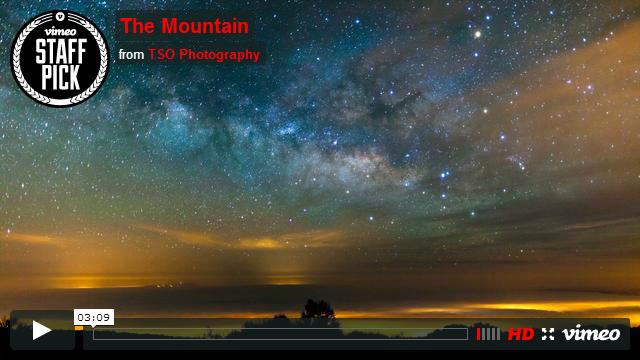 Man Films Heaven For 7 Days, This Is What He Saw.

This is an absolutely beautiful video filmed over 7 days. It will take your breath away. This was filmed in El Teide, Spain’s highest mountain.

It is one of the best places in the world to photograph the stars and is also the location of Teide observatories, which is considered one of the world’s best observatories. The goal was to capture the beautiful Milky Way galaxy along with one of the most amazing mountains, El Teide.

A large sandstorm hit the Sahara desert during the filming around 3 AM, making it nearly impossible to see the sky with the videographer’s own eyes. The camera was set for a five-hour sequence of the Milky Way during this time and he was sure his whole scene was ruined.

To his surprise, the camera had managed to capture the sandstorm which was backlit by Grand Canary Island making it look like golden clouds. The Milky Way was shining through the clouds, making the stars sparkle in an interesting way. So if you ever wondered how the Milky Way would look through a Sahara sandstorm, look at 00:32.