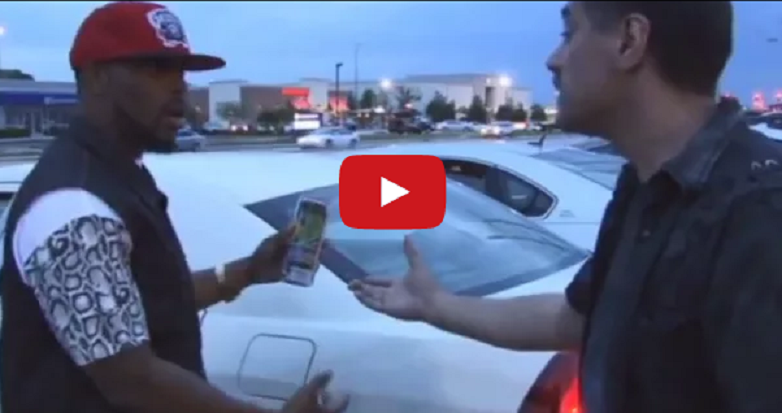 Man Gets Thrown To The Ground And Arrested For Drinking Arizona Iced Tea.

Two men in a parking lot were talking and minding their own business when they were approached by an undercover police officer who demanded to see what the man was drinking.

At first, the cop did not disclose or show proof that he was a police officer, yet tried to grab the can of iced tea from the man’s hand. “X” as the man is called, turned the can over to show the undercover officer exactly what he was drinking, pointing to the writing on the can.

“X” is no thug or criminal. He is a veteran who served this country for 7 years, but this is how authorities treat him.

This cop was clearly out of line and invading the privacy of two citizens who were doing nothing wrong. “X” was obviously sober, not drunk as the cop was accusing him of being. This disgusting act of injustice ends up with “X” being brought to the ground in a choke hold and handcuffed. Is this what we have come to in America? The land of the “free?” We cannot even peacefully stand in public and talk with her friends? It’s just a damn shame.