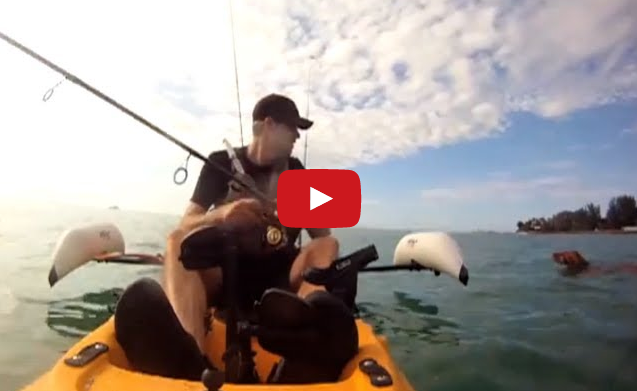 Man Saves Drowning Dog After Owner Was Hit By A Car And Killed.

An incident involving a 53-year-old Sarasota woman who was hit and killed by a drunk driver while walking her dog, led to her pup jumping into the Gulf of Mexico and nearly drowning.

According to reports, the dog was also hit and it ran away from the scene. After the crash, the dog ran off and jumped into the Gulf of Mexico and swam up to a kayaker far off from shore. The kayak was equipped with a video camera which captured the moment. The dog was rescued and is okay. However, at the time, the kayaker had no idea how the dog got so far out in the water.