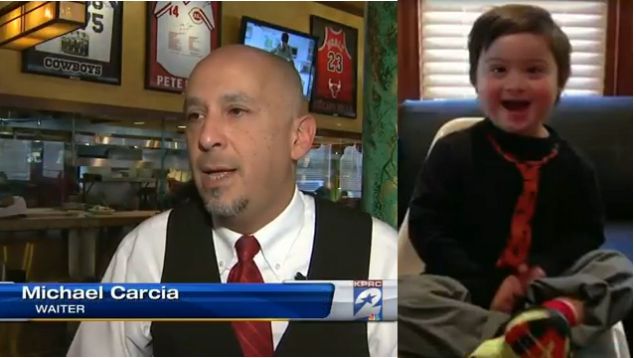 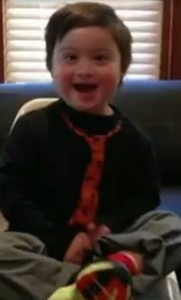 Server Refused Service To Customers After They Made Fun Of Child With Down Syndrome. A waiter who stood up for a child with Down Syndrome is being hailed a hero all across the country. Michael Garcia, an employee at Laurenzo’s Restaurant, says five-year-old Milo Castillo and his family are regulars, and he’s always glad to see them when they show up. “Normally when they arrive, I picked up Milo at the door and carry him to the table,” Garcia told Click2Houston. But one day, another patron put Garcia’s loyalty to the test. An annoyed customer asked Garcia to move them away from Milo’s table because his “little noises” where annoying him. The unidentified man continued by saying, “Special-needs children need to be special somewhere else.”

“My personal feelings took over and I told him, ‘I’m not going to be able to serve you, sir,'” Garcia said. “He said ‘If you’re not going to be able to serve us, then I will leave’. Then I told him, ‘How could you say that? How could you say that about a beautiful five-year-old Angel?'” Milo’s mother Kim said Garcia’s selfless act impressed her,but she was also concern that he might have jeopardized his job. Happily, the restaurant sided with Garcia, saying they stood behind his decision. The outpouring of support on the restaurant’s Facebook page might have had something to do with that. Hundreds of messages have been sent in commending Garcia for defending Milo. “Keep hiring people like Michael Garcia,” wrote one Facebook user. “They will bring you so much more customers than the jerk who was tossed out.”