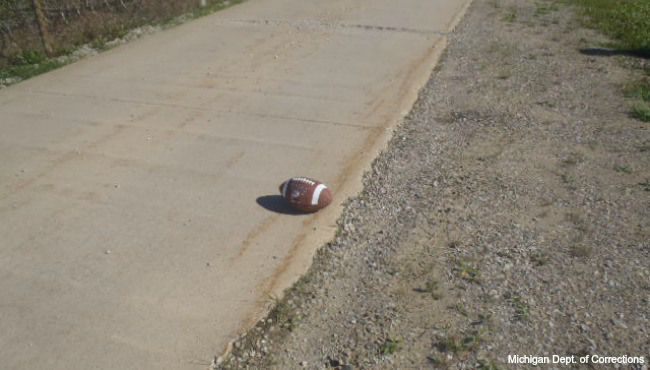 Man Says “Sorry” For Throwing Drug Filled Football Into Prison. A Jackson, Michigan man, Christen Deon-Sterling Moore, was arrested after he attempted to throw a football full of contraband into the G. Robert Cotton Correctional Facility.

The football contained marijuana, heroin and three cell phones, according to Michigan State Police Detective Trooper Toby Baker. Moore is now facing a prison sentence of 17 to 60 months on two counts of furnishing contraband to a prisoner. Moore, 22, wasn’t looking for an easy way out. He apologized to the courtroom and his pregnant fiancée for leaving her in a tough position. Moore said it was “a thoughtless and immature decision.” 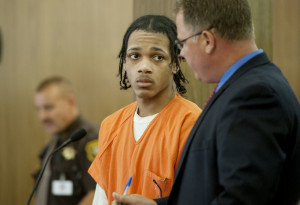 Moore was on probation at the time for a home invasion charge in 2012. That is something that concerned the Judge during sentencing. Jackson County Circuit Judge Susan Beebe, who was in charge of his sentencing said, “You just finished a prison term, and that’s what is disturbing to the court. You know all about the type of havoc this type of contraband can have on the prison system.”

This is not Moore’s first offense, he has been given multiple chances according to the Prosecuting Attorney Doug Newton. Moore also has a prior charge for attempted delivery of less than 50 g of cocaine in 2012. Attorney Andrew Kirkpatrick said he thought Moore got a good deal because it could have been a lot worse based on his previous record.