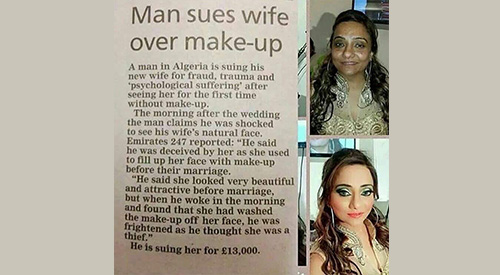 Man Sues Wife For Fraud After He Finally Sees Her Without Make-Up.

A man in Algeria is suing his new wife for fraud, trauma and “psychological suffering” after seeing her for the first time without makeup.

The morning after the wedding the man claims he was shocked to see his wife’s natural face.

Emirates 247 Reported, “He said he was deceived by her as she used to fill up her face with makeup before the marriage. He said she looked very beautiful and attractive before marriage, but when he woke up in the morning and found that she had washed the makeup of her face, he was frightened and thought she was a thief.” 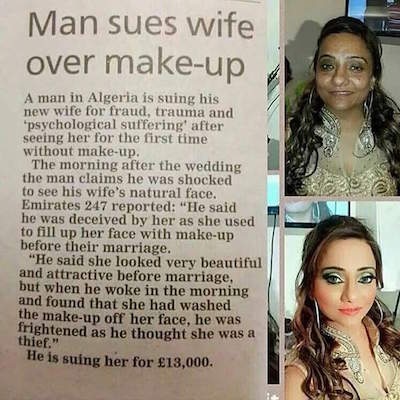