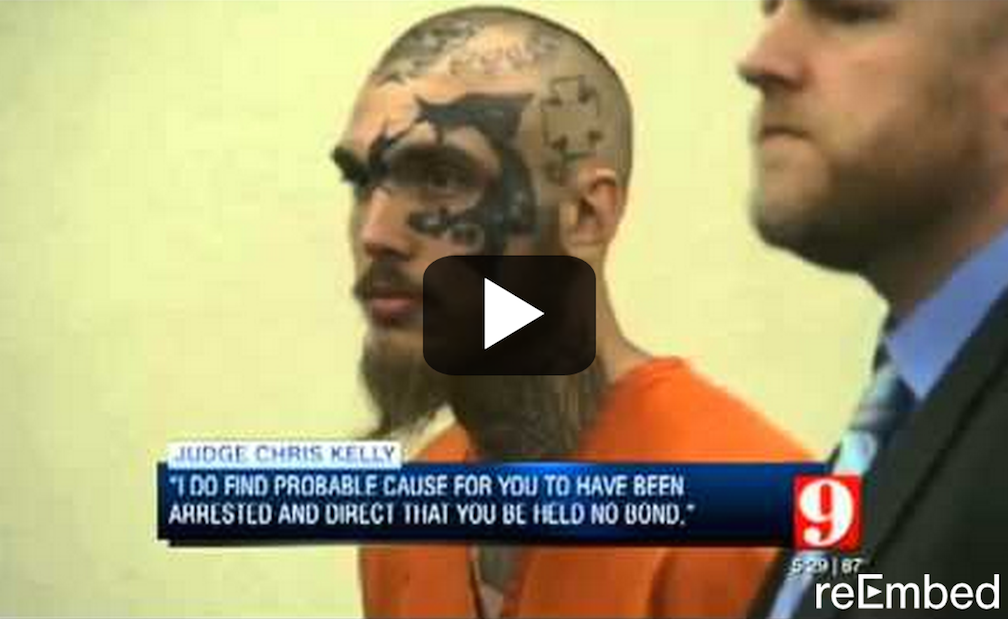 Man Who Killed Child Molester Explains Why He Did It In Just 9 Words.

Without remorse, a 20-year-old man recently arrested for the murder of a community college employee in North Carolina, told a Daytona Beach Florida judge that he killed him because he molested his little brother.

Kenneth Morgan Stancil III worked at the Wayne Community College printshop in Goldsboro, North Carolina, until approximately one month ago when he was fired for allegedly bringing drugs to the workplace.

Then on Monday, Stancil returned to the print shop and shot dead his former supervisor, 44-year-old Ron Lane. Stancil subsequently hopped on his motorcycle and headed south.

When his motorcycle broke down, he began to hitchhike. Despite his shaved head and a face and neck covered with white supremacy tattoos, a woman picked him up and drove him as far as Daytona Beach.

Early Tuesday morning, the police found Stancil sleeping on the beach armed with only a knife. He did not resist arrest.

Based on the information they gathered, the Florida authorities believed that they apprehended a suspect in a case of workplace murder.

Yet, when facing Judge Chris Kelly, Stancil gave another reason for killing. In nine words – not counting the frequent profanity – he said, “I ridded one less (expletive) child molester from the (expletive) Earth.”