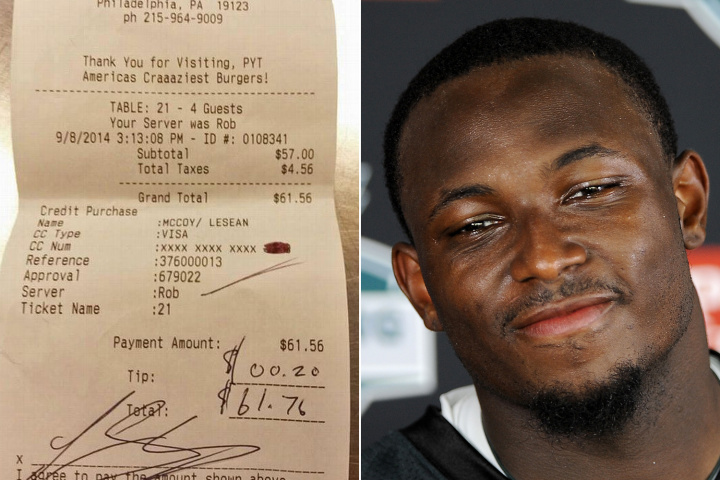 McCoy’s 20 Cent Tip Receipt Sells On Ebay For $90,000. I guess being cheap sells. At least that is the lesson LeSean McCoy learned when he left a .20 cent tip on his $60 burger bill in Philly last week. “I tip on service,” McCoy told reporters. “There’s a difference between good service and bad service, and just having a bad day. There’s a big difference between just being rude and disrespectful. That’s how that went.” The restaurant, PYT, wasted no time posting a picture of the receipt on Facebook. Charlie Sheen saw the receipt online and immediately offered the owner of the restaurant, Tommy Up, $1,000. The receipt eventually made its way to Ebay where it sold for over $90,000 late Monday afternoon. 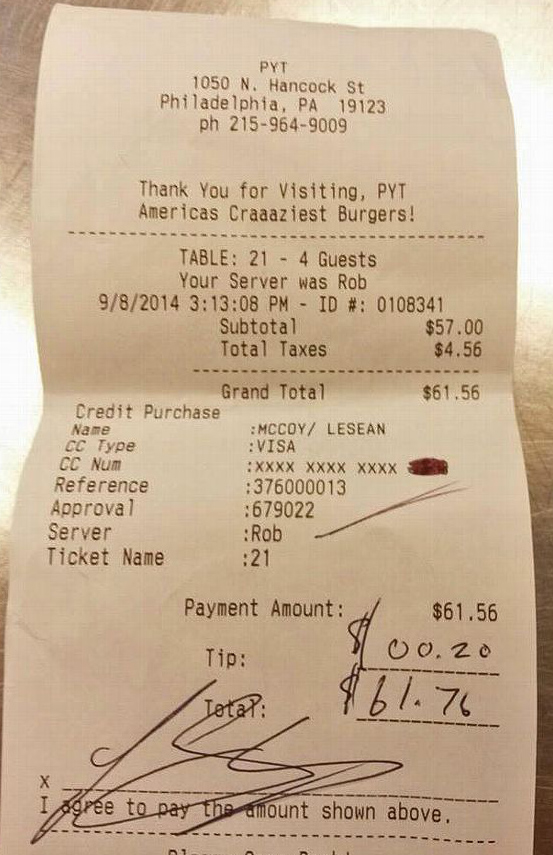