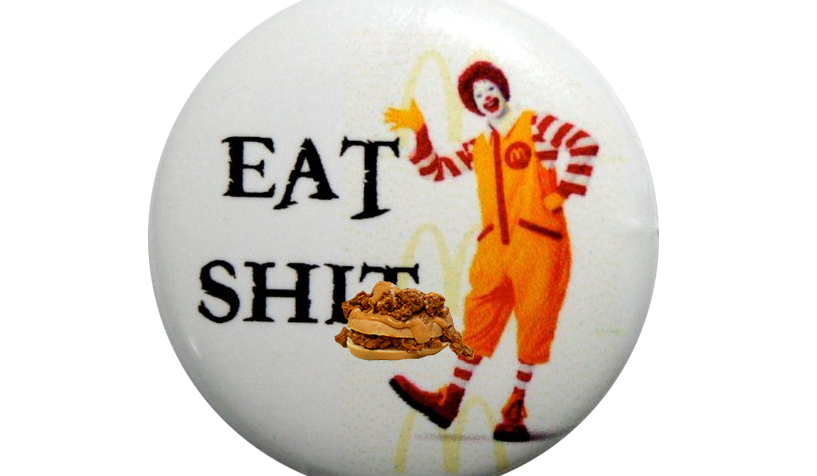 The kids are hungry and you’re short on time and money. So you go through the drive through of McDonald’s and order a couple Happy Meals and a Quarter Pounder with cheese. Well, you might as well order a PooPoo Burger with cheese, because that is what you’re really eating.

There are over 14 billion hamburgers consumed each year in the United States, the people who eat those burgers have little knowledge of what’s actually in them. 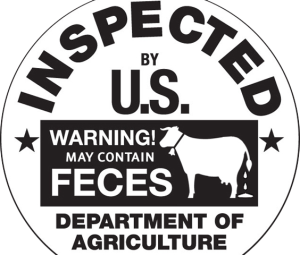 According to an in-depth investigation by Kansas City Star, “Federal inspection records obtained by The Star under the Federal Freedom Information Act include hundreds of references to fecal contamination problems over the last two years at five of the largest beef slaughter plants in Kansas, Nebraska and Colorado.

Another federal inspector noted, “A piece of trimmed fat approximately 14 inches long with feces the length of it. Fecal contamination was so great, we couldn’t keep up.”

Ingesting fecal matter can cause salmonella poisoning, mad cow disease and other harmful illnesses. Once this bacteria has been ingested, the incubation time until the first symptoms of illness occur ranges from 12 to 72 hours.

Most often humans have a “gastroenteritis” syndrome characterized by nausea and vomiting within 8 to 48 hours after ingesting it. Shortly thereafter the patient will experience abdominal pain, colic or cramps and diarrhea. It may be followed by a moderate fever and occasional chills.

So all of this information keeps most of us wondering, if it’s so bad then why isn’t it illegal? The truth of the matter is, the USDA’s  pockets are being lined with money from the fast food industry.  The main question for you is – Are you going to continue to eat at McDonald’s and other fast food restaurants?

The truth is out there, open your eyes!