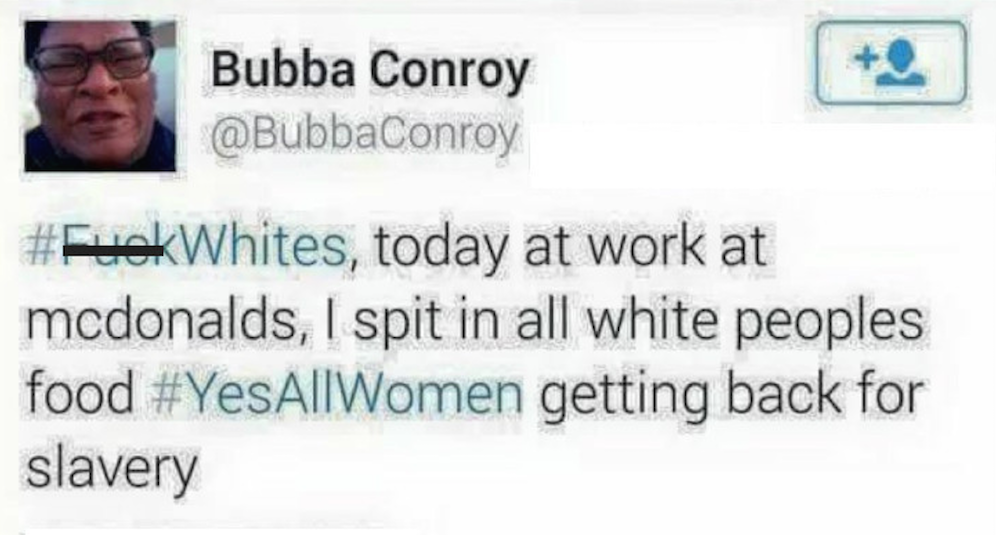 Bubba Conroy was one angry McDonald’s worker who claimed on Twitter that she spit in white people’s food all day.  Why? It was her payback for slavery. 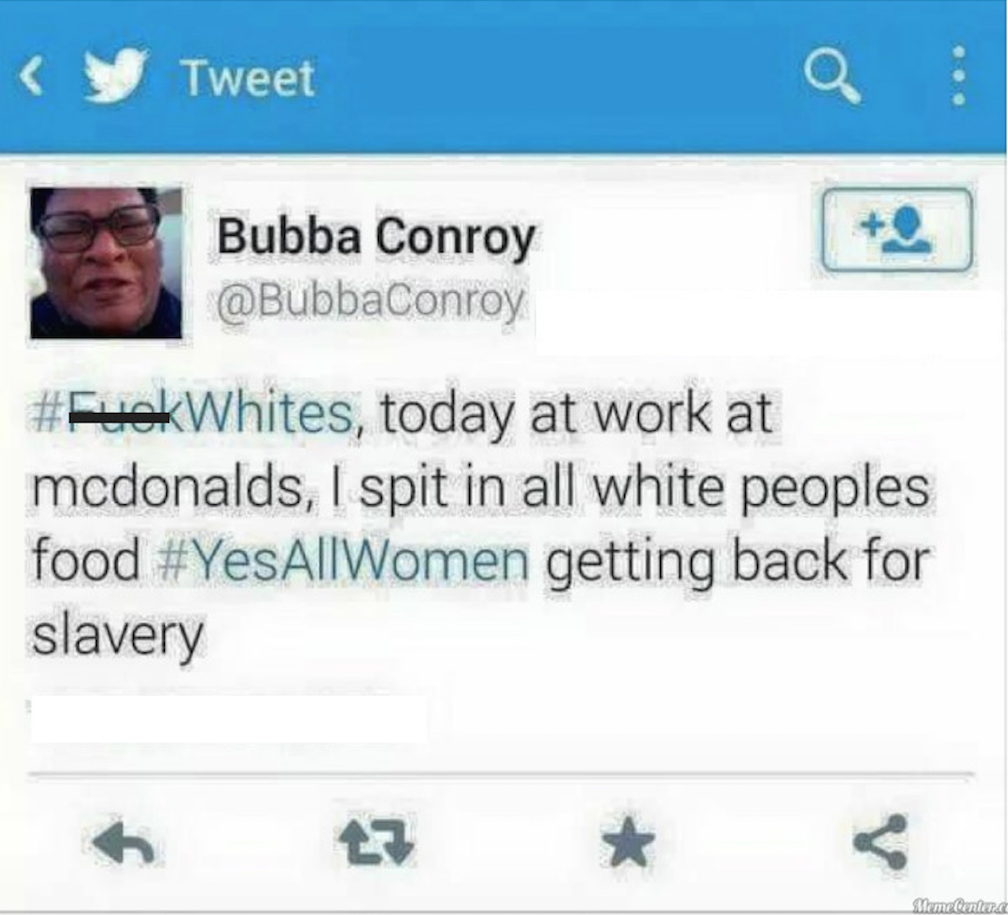 Not only did she lose her Twitter account through a suspension, but of course she also lost her job.  And punishing people for slavery? I don’t know about you, but I’ve never met a slave or a slave owner. Most people do not agree with slavery today, in 2015. So Bubba, you’re just as ignorant as any other racist person in this world!