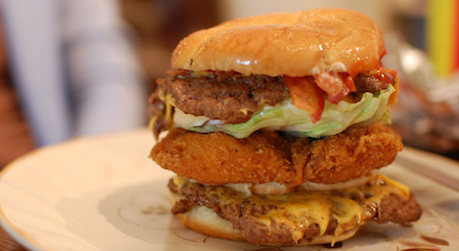 It’s been confirmed – according to a McDonald’s manager the long rumored ‘Secret Menu’ does exist.

You can order from the secret menu just like any other sandwiches, removing and changing ingredients by special requests. These are called ‘grill orders’.

The items on the secret menu weren’t invented by anyone officially at McDonald’s, it’s been created by random people’s requests allowing customers to “hack” at McDonald’s.

Among the strangest in the secret menu is the  “McGang-Bang Sandwich”. This sandwich consists of combining a Double Cheeseburger and a Spicy McChicken sandwich between two buns. This originated at the Daytona beach McDonald’s restaurants.

It’s a creative manipulation of existing menu items, and an exercise in frugality: taking two items off the dollar menu and creating an entirely new sandwich for a total of $2.16.

Another popular item in the secret menu is the elusive Mc10:35. This consists of an egg McMuffin and a McDouble. It’s an egg McMuffin sandwich with two beef patties, egg and cheese on an English muffin.

Sounds enticing? Make sure you order of the secret menu next time you are at McDonald’s! 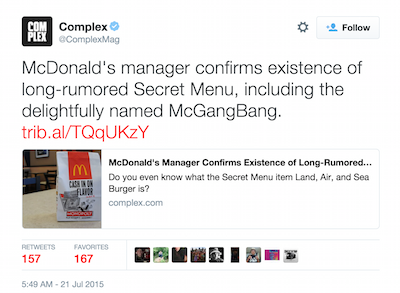