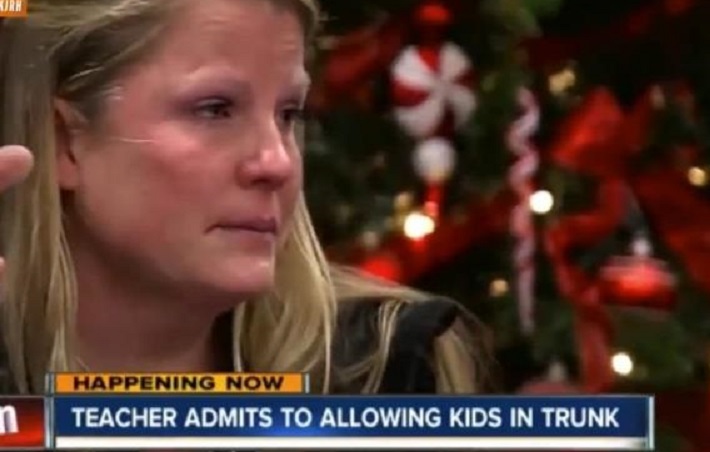 Middle School Teacher Fired For Taking Kids For A Ride In The Trunk Of Her Car.

A middle school teacher in Oklahoma has been fired after school officials say she puts students in her car trunk to run an errand.

According to the Fox 23, Heather Cagle, who taught at Wells Middle School in Catoosa, allegedly packed 11 of her students into her Honda Accord last October for a trip to Walmart for snacks. She put 7 kids into the back seat, 2 in the front, and two 12-year-old girls were locked in the trunk. She did not have permission from the school or parent for this mini “field trip.”

“It was a terrible mistake,” she told the school board. “I didn’t want to hurt anyone. I just wanted to do something nice.”

According to KJRH, she then drove to the Walmart store just behind the school. While an attorney for Catoosa public school called the act “mental abuse,” Cagle’s lawyer says the teacher merely violated a seatbelt law, and pointed out she did not force any of the children into the car.

Still, the board voted to fire the teacher who has been employed at the school since 2005.

“No parent, grandparent or guardian should ever expect that any teacher, particularly not an experienced teacher, would take their children off campus in the trunk of a personal vehicle,” attorney Karen Long told Tulsa World.