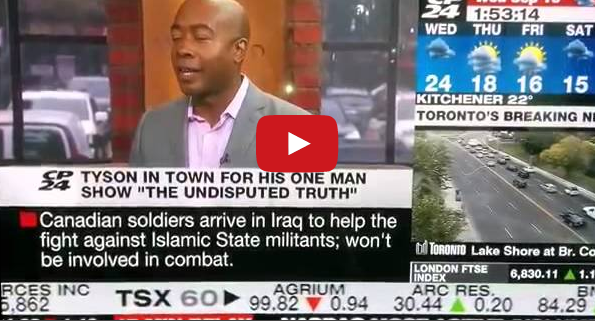 Mike Tyson Goes Off On Canadian News Reporter Who Calls Him A ‘Rapist’. Mike Tyson was being interviewed by a Canadian News reporter about his one man show “The Undisputed Truth” when he brought up the fact that Mike was a convicted rapist. Mike did not take to his comment well and went off on the reporter calling him all sorts of names on Live TV. He is lucky he didn’t get knocked the f*@k out! CLICK HERE —> TO LIKE DAILY BUZZ LIVE ON FACEBOOK! Check it out in the video below!