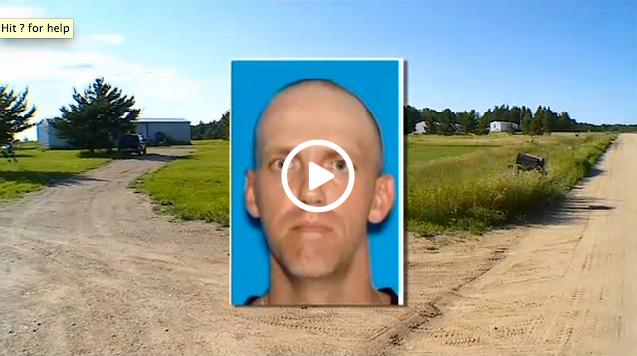 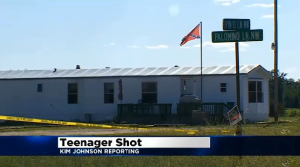 Minnesota Man Shoots Teen Girl For Asking Him Not To Ride His Lawnmower On Her Property. Now our Constitution does give us the right to bare arms, but sometimes it seems that certain people shouldn’t be given that right. A former corrections officer from the Minnesota Juvenile Center is sitting behind bars after shooting a 17-year-old girl for telling him not to ride his lawnmower in her yard. 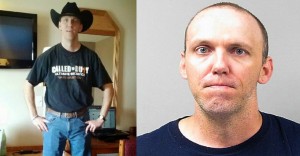 porch Monday night. The victim was going outside to tie up her barking dogs, who were probably barking at Pickering. As soon as she stepped out Pickering shot her in the right thigh, left ankle, and chest. After being struck she was unable to walk, but managed to pull herself into the house and call 911. Luckily the gunshot wounds weren’t life threatening and she is in stable condition.

It wasn’t had for police to identify the suspect because eyewitnesses say they saw Pickering running through the 17-year-old’s front yard as he fled the scene. Police found three .45-calibre shell casings in the grass near the porch where it seemed as though someone had been lying in the grass. The victim told police that there is a man that lives nearby that regularly carries a pistol in a holster and also told them about the lawnmower dispute.

Investigators search Pickering’s home and found the .45-caliber pistol and holster hidden in the air vent. Pickering immediately said that he had not seen the pistol in about a week and police also notice fresh grass stains on his jeans. He tried to explain that he may have gotten the stains while kneeling to hook his trailer to his mower. Clearly there were some inconsistencies in his story and eventually Pickering admitted to the crime. He is being held on $300,000 bail and has been charged with felony attempted first-degree murder. Check out the report below: