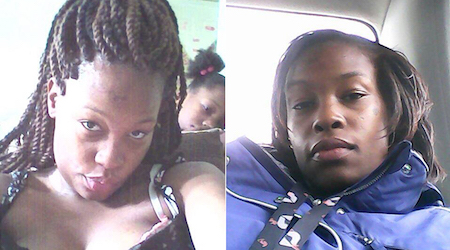 Mom Admits To Dousing Disabled Son With Boiling Water Because She Was “Embarrassed” Of Him.

A young mother admitted to pouring boiling water over her nine-year-old son who happened to suffer from cerebral palsy. This mother, Betty Threatt, has a special place in hell reserved for her.

The child’s injuries were discovered by his father last June when he was dropped off for a visit at his Washington home. Not only was his son malnourished, but he was covered in bruises, burn marks and scraps of duct tape from being tied up.

When Taurus Bulluck took his time to Children’s National Medical Center, doctors counted 60 injuries and found out the child had been locked in a bedroom for three months and tortured by his mother and her then-boyfriend.

Threatt Later told police she punish the boy because she was “embarrassed” by her son’s disability and also blamed him for a miscarriage. On Monday, the 27-year-old mother pleaded guilty to three counts of aggravated assault and armed child cruelty. She also sobbed through a disturbing recount of her own terrible childhood, which began when she was born to a mother who was addicted to crack.

Then, when she was the same age as her abuse son, Threatt was sent to a psychiatric facility after she microwaved the family cat. She has since been diagnosed with bipolar disorder. Threatt’s accused ex, Lester O Jackson, refused to take a plea deal for the abuse and is headed for trial.

The victim spent more than a week in the hospital and has since received therapy to improve his walking ability and overall speech. He is currently in the care of his father. Her three younger children have been placed with foster care. No signs of abuse were found on them, but a neglect case has since been filed against Threatt.