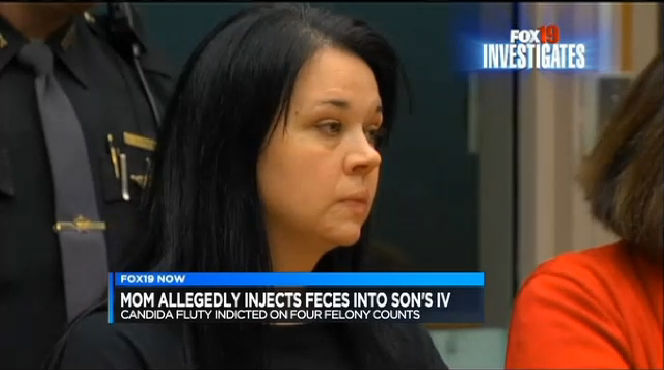 Mom Sentenced To 6 Years In Prison For Putting Feces In Sick Son’s IV.

A mother in West Virginia is now serving six years behind bars for intentionally making her nine-year-old son sick by contaminating his IV fluids with his own feces, the AP reports.

The incident took place inside a Cincinnati, Ohio hospital and was committed by 35-year-old Candida Fluty.

prosecutors told the AP that Fluty may have been purposefully trying to make the child’s sake in order to get attention. it’s very possible that Fluty suffers from a condition called Munchausen Syndrome by Proxy, which most often manifests as parents causing harm or illness to their children to garner sympathy.

In Fluty’s case, her son had a condition called Hirschsprung, which impacts his bowels and causes him to require numerous surgeries. She was caught on hospital video surveillance injecting her son feces into his IV to trigger a bacterial infection.

Although Fluty had previously pleaded not guilty, she changed her mind and opted for a plea that throws her behind bars for six years, as opposed to eight years. The AP says she was originally charged with two counts each of felonious assault and child endangering.

Her son survived and is currently living with an aunt even though he’s technically in the custody of West Virginia Children’s Services. 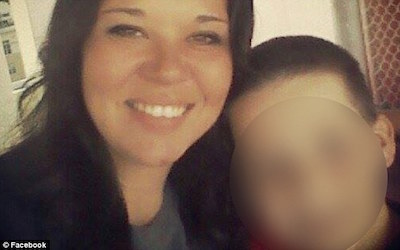 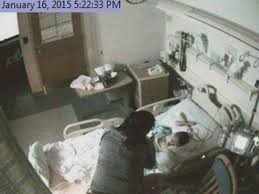