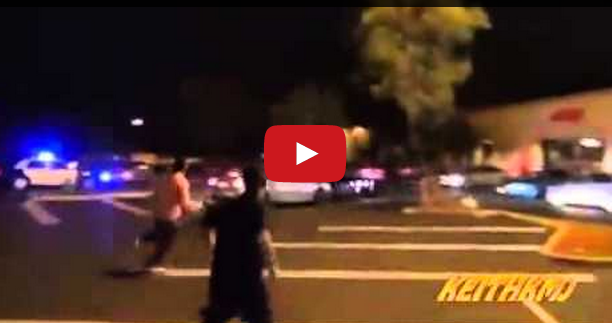 Mustang Gets Away From Police After Doing A Burnout. You definitely have to some serious balls if you’re going to do a burnout in front of the police.

Well, that’s what one driver did at a gathering of street racing enthusiast. The police pursued a chase within the parking lot as the Mustang went in circles taunting the officers.

It was at that point the large crowd of people jumped in front of the police car so the Mustang could get away. They were yelling obscenities and giving them the one finger wave.

I can be pretty sure the driver of the Mustang won’t completely get off. More than likely the officers were close enough to write down his license plate number.

And the ones who stood in the way will be facing charges of obstructing an officer.