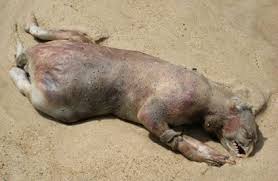 Mysterious Monster Sea Creatures Wash Ashore. Over the past several years there have been many unidentified monster like sea creatures that have washed up onto the coastlines across the world. In 2013 a big brown and definitely dead sea creature washed ashore in Southeast Asia. They hoisted it onto a truck and hauled off its remains. Some people claimed it to be alien like, a large creature from outer space similar to that in the 1990 film Tremors:

Another bizarre find happened in Spain in 2013 when a creature washed up onto its shores. It looks similar to a dragon or sea serpent, many onlookers speculated it was from another world. It does remind you of something from the storybooks when you were a kid:

Now this one from New Zealand looks more like a dinosaur. The rotting animal was discovered by a group on four-wheel vehicles speeding along the beach in Bay of Plenty. According to a New Zealand newspaper, beach goers were stumped when he came across what they thought was a prehistoric creature on the shore. It stretched about 30 feet in length with large teeth and rudimentary flippers: 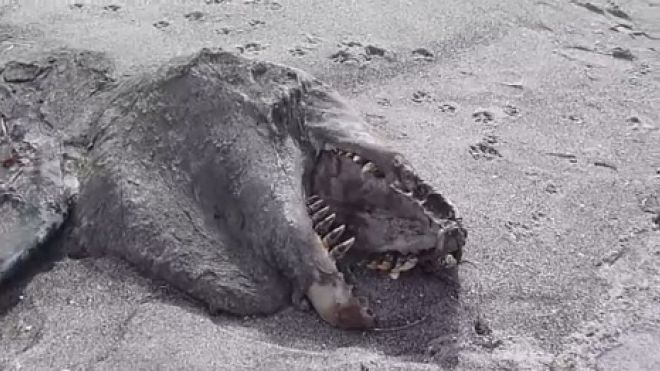 In 2012, on Seal Beach, California the story gets even creepier. An unidentified creature washed ashore onto the beach and people believe it was the carcass of the Montauk Monster. It had four small legs with long toes, a tail and sharp teeth. This creature also made headlines when it washed ashore in New York: 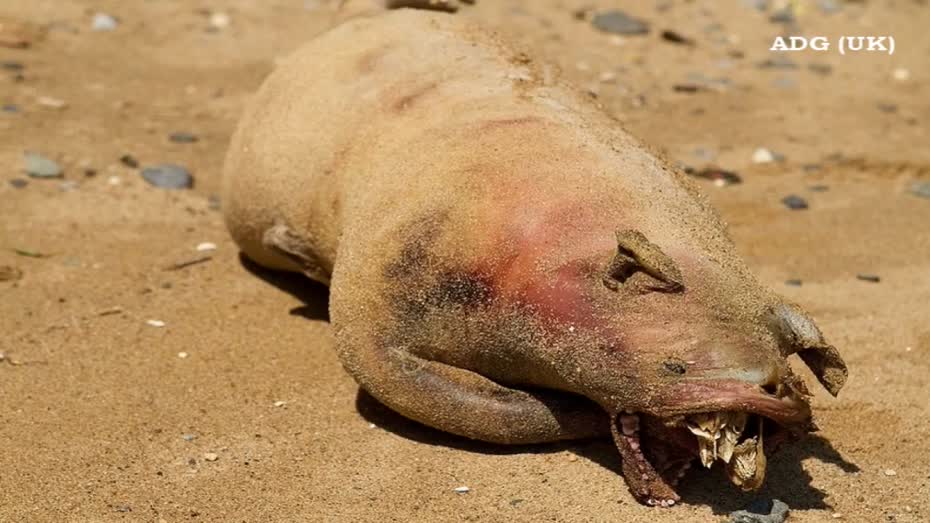