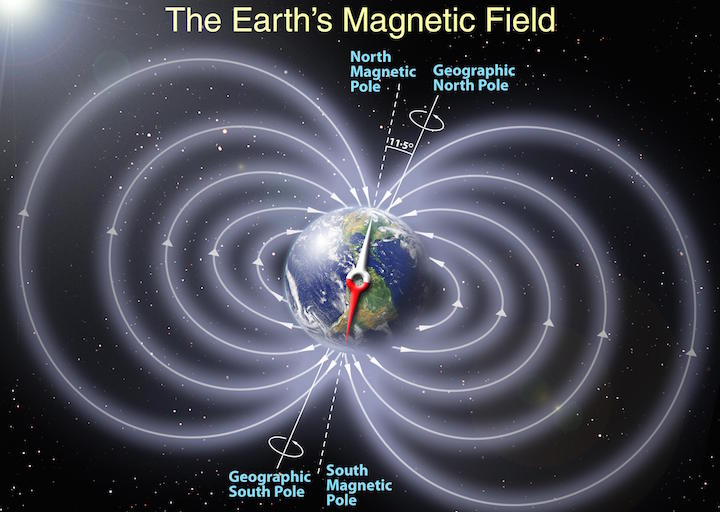 Scientists at the European Space Agency, like Rune Floberghagen, the ESA’s Swarm mission manager, says data has proven the Earth’s magnetic field is weakening at a rate 10 times faster than believed.

This weakening is a precursor to a magnetic reversal.

As noted by NASA and UC Berkley, the last reversal happened over 780,000 years ago.

Analyzing this data shows a potential shift is right around the corner – predicting the magnetic pole reversal date as July 3, 2015.

As the magnetic field weakens, the North and South Magnetic Poles will fracture appearing in several locations at once.

In the natural world, we won’t see massive storms or increases in solar radiation; however, animals and insects (birds, bees, and bacteria) that depend on magnetic fields for directions will become lost and disoriented.

This event has already been seen across the world as birds collide and fly out of sync. Scientists attribute these events to the pre-magnetic pole shift.

This potentially hazardous effect will mirror itself in the human world crippling navigation systems for ocean and air travel while land based travel will be mostly unaffected thanks to detailed maps and signs.

Since ocean liners, cargo ships, and airlines rely manly on their navigation systems to help steer their course, multiple poles appearing and reappearing will wreak havoc with their guidance causing a worldwide halt on international trade and travel.

First-world countries (like the U.S.) will be hit hardest, as many large businesses will be force to declare bankruptcy.

Economies will start to crumble as the disaster ripples outward from corporations to banks to cities.

For countries that import large shares of food (the U.S. imports 17% of all its food), food scarcities will occur.

Over the next 2 years (the time it will take for the Pole Reversal to complete), Earth’s geo-political landscape will change.  Many countries might dissolve, and for those that are left, it will take decades if not centuries to rebuild what we once had.

Watch for the first major sign the magnetic pole reversal has begun, as the sunset and sunrise shift to the north and south on July 3, 2015.

Please submit you photos and videos of the occurrence! #PoleReversal2015