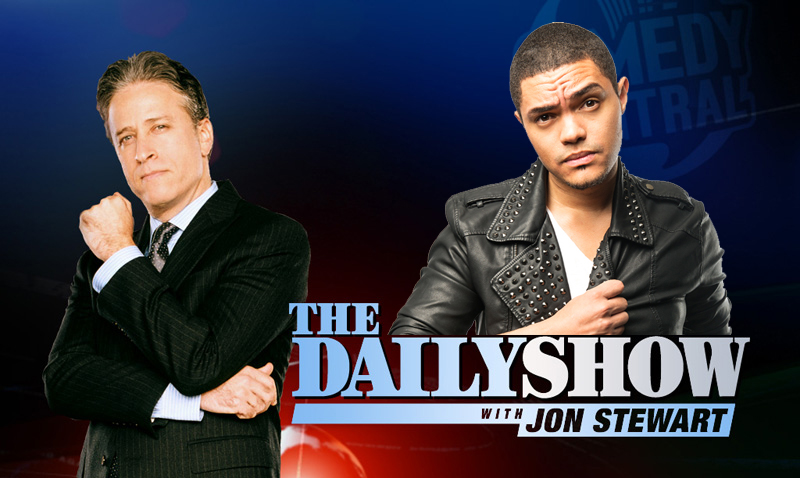 In a shocking announcement, Comedy Central named the new host to replace Jon Stewart as the anchor of the hit news program – the Daily Show.

South American comedian Trevor Noah will take over the reigns when Stewart officially steps down.

But, who is Trevor Noah?  Wildly popular in Africa, Noah is a virtual unknown here in the states.

Only featured in three Daily Show reports, the hiring of Trevor comes as shock to those who picked notable comedians like Tina Fey, Jason Jones, or Samantha Bee.

So who is Trevor Noah? And, what has he done?

– In 1988, Trevor founded the industrial rock band – Nine Inch Nails.  With hit songs like “Head like a Hole” and “Down with it”, NIN quickly topped the charts…oops, sorry.  Nine Inch Nails is Trevor Reznor.

– Actually, Noah was the star of the popular drama series ER playing Dr. John Carter.  Noah currently starts in the TNT series Falling Skies about an alien invasion of Earth…uh, are you sure?  Sorry again.  Noah Wyle was in ER and Falling Skies.

– Okay…Trevor is a young web performer with a popular Youtube series known as Apple Store Dance.  At 13, he also competed on the X-Factor against the eventual winner…come on!  That is Trevor Moran, not Trevor Noah.  Shoot!

– Fine.  How about…Noah stars in the Disney TV series Austin & Ally.  He has also had spots in Marvin Marvin and Shake it Up.  Noah Centineo!  Who is Noah Centineo.

Apparently, no one knows who Trevor Noah is.  Certainly not the four people listed above.

From now on, Trevor Noah will just have to be happy with the title – “Host of the Daily Show”.