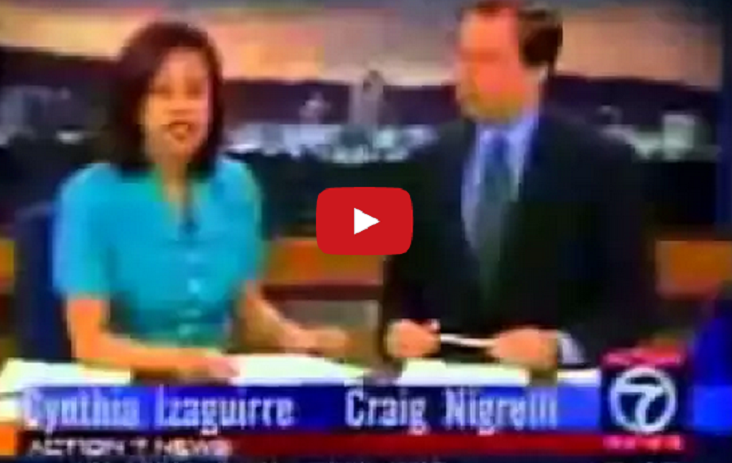 This news report which aired in 2006 and recently become viral again.

It shows a news anchor who was reporting two stories – One on a gay umpire and the other on a blind mountain climber. It seems she got a little mixed up.

They were about to interview a man who had climbed the highest mountain in the world, Mt Everest.

The most spectacular thing about this mountain climber is that he is Gay… I mean, blind – she reports…