New Trend: Turning Your Dog Into a Panda. Wait is that a panda?!? Don’t get too excited yet. That may look like a panda but it is actually a new style of dog grooming that makes chow chows look like awesome little pandas. Pet shop owner Hsin 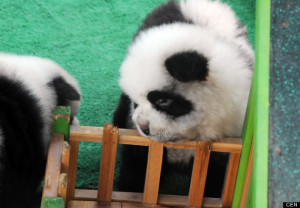 Ch’en told Central European News that the demand for these cute chows are sky-rocketing and he can’t keep up with the demand.

Ch’en, who owns a store in southwest China says that he was responsible for the technique that is used to turn these chows into panda dogs, but that the fascination with panda dogs has been a thing for quite sometime now. The process he says is not harmful to the dogs and there are no chemicals or cruelty involved. The price of the dog does go up however due to how much grooming goes into making one of these adorable pups. Here is Ch’en talking about the grooming style, “I perfected the technique here and now it is spreading across the country. With a bit of careful grooming and coloring it is easy to turn a show into a panda dog in about two hours. Then the look will stay with the dog for around six weeks and the owners bring them back for some touching up.”

Sounds like an owner would have to be pretty dedicated to the panda look for their dog to take them every six weeks. The whole process is still a secret so we just have to take Ch’en’s assertion that there is no cruelty involved. Then again, why would anyone want to hurt something that looked so cute. Check out some pictures: 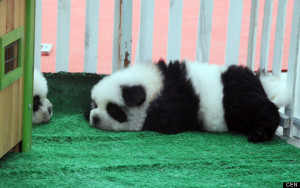 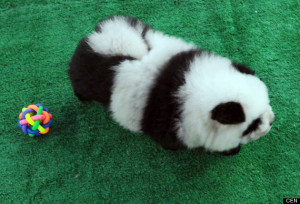 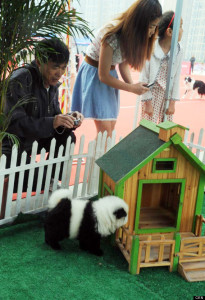