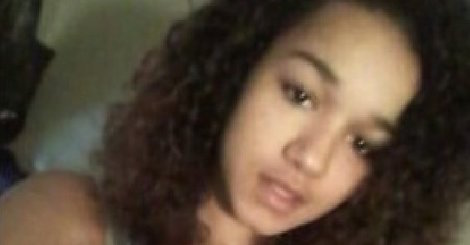 Just before Alesha Bell disappeared, she text her mom and told her that she was scared. Now, Ohio authorities have confirmed that they found Bell: they discovered her bones in the fire pit of the house connected to drug trafficking.

Bell’s mother, Tiffany Knepper, had become frantically worried about her daughter when she received this text message from her: “Mom, if I make it home, I need you. I’m scared.” Knepper tried to call her phone to respond, but all calls went straight to voicemail, which meant, it was either turned off or had lost its battery life.

After the cryptic message, Bell was reported missing in July. She had disappeared after leaving Knepper’s house on foot to visit a nearby relative. It was not until August 20 that a break in the case came, when a raid in Roaming Shores by narcotics agents turned up bones in the backyard fire.

Authorities then arrested 40-year-old James Brooks, who is charged with abuse of a corpse, tampering with evidence, drug trafficking and weapons violations. The bones were positively identified as Bell’s, and her death was ruled a homicide. It’s a tragic end to the case, one which prosecutors said “is beyond all sensibilities.”