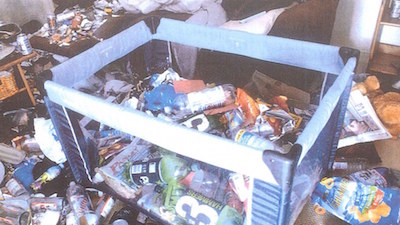 Kim Jae-beom told the police he wasn’t sure what killed his daughter, and that “she was a premature baby from the beginning.” But the cause of death determined by authorities was less vague: The baby had died of malnutrition as a result of her parents online gaming addiction.

Kim and his wife Kim Yun-jeong, a couple whose all-consuming video game habit led them to neglect their three-month-old baby. When real-life shockingly interrupted the gaming fantasy they’d been stuck into, the couple was actually caring for a virtual child in 6 to 12 hour online binges. She was a cooing and cherubic mini-avatar called Anima, which players earned after reaching a certain level in the game Prius.

When the couple was arrested for the death of their baby girl, is sent shocks across the world. Little Sarang starved to death while the Kim’s went on all-night gaming binges. Sadly, it’s not the first known fatality from gaming addiction. But the trial raised this question: could online gaming be grouped with gambling, drugs, and drinking as an addiction that impairs a person’s judgment enough to make such a fatal mistake?

A veteran detective describes the scene at the Kim’s home as “terrible.” The underweight girl, who had dropped from 6.4 pounds to 5.5 pounds since her birth, was lying straight in a crib, blanket pulled over her head, in a messy room. According to police, the child’s mother had never gone to the hospital until it was time to deliver. She had never receive vaccines or checkups. She fed the baby spoiled milk and was, the investigator says, “completely ignorant” of how to raise a child. After the infant’s death, the parents, afraid to alert police, had done online searches for funeral arrangements before calling the authorities. “A typical parent would weep in this situation, but they showed no emotion,” he recalls. “None of us could believe it.”