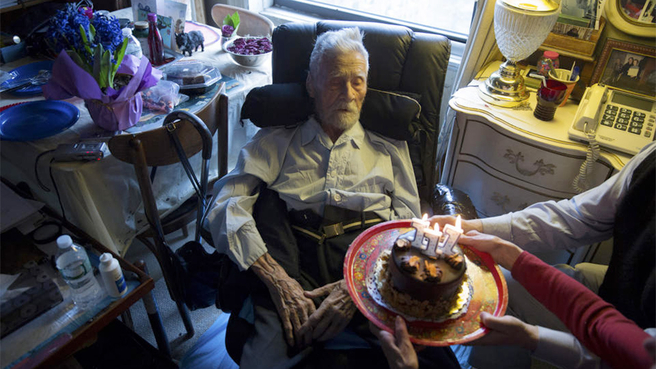 Oldest Man Alive Says ‘Not Having Kids’ is Why He Lived so Long. To become the oldest man alive probably wasn’t one of Alexander Imich’s life long goals, but last month he did just that. The 111-year-old Polish immigrant and Soviet gulag survivor, lives in Manhattan and became the world’s oldest man when the previous record-holder, Arturo Licata died days before his 112th birthday.

Humorously Imich told the New York Times, “Not like it’s the Nobel Prize.” He went on to say that he 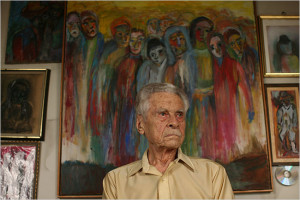 never thought he would be this old. He was born on February 4, 1903 and grew up in Poland. Him and his wife, Wela, who was a painter and psychotherapist, immigrated to Waterbury, Connecticut in 1951. Imich then moved to New York after Wela’s death in 1986.
Imich became a scholar of the occult in his late 20’s and eventually edited an anthology —“Incredible Tales of the Paranormal: Documented Accounts of Poltergeist, Levitations, Phantoms and Other Phenomena.” The book was published in 1995, when he was 92-years-old.

When any person ends up living this long the first question is, “how did you do it?” Well when Imich

was asked this these were his answers:

-Not having children.
-Not drinking alcohol.
-Quitting smoking
-Playing multiple sports. Imiach was a gymnast, runner, javelin thrower and a swimmer.
-A diet.
-Good genes.

Something there has to work… I wonder.