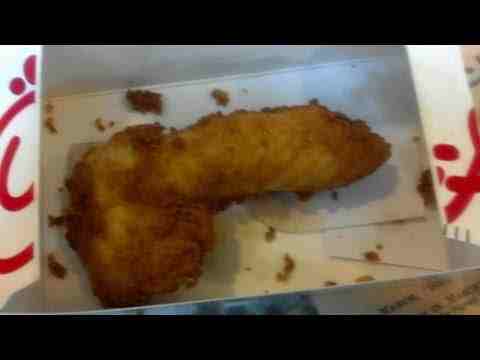 A Chick-Fil-A employee has recently quit their job due to workplace discrimination. Andrew McAllen, 23, has worked for the company for two years at a location in Birmingham, Alabama and had recently come out of the closet to his fellow employees.

He said that he has had no problems at the location until he decided to tell his co-workers that he was gay. That’s when the harassment began and soon after McAllen would quit. What he did before quitting though is priceless.
The harassment began about a month ago, according to McAllen, after he had told one of the employees he thought to be his friend about his sexual orientation. Little did he know that the employee would go around and tell everyone in the workplace, including the managers.

“That’s when the harassment got really bad,” said McAllen. “They would make comments like ‘Your going to burn in hell f*ggot’ or ‘If you look at me again I’ll cut that thing off.’ I really had no choice but to quit, but I wasn’t going out without making a statement.”

After weeks of homophobic comments and threats McAllen’s last day finally came. On his last day he was put on frier duty and decided that he was going to reshape all of the fried chicken to look like members of the male anatomy. He ended up making about 50 of these works of art before management finally caught on.

“Once one of the customers complained to the manager, he came back to the frier and looked like he was going to hit me so I dodged him and ran out of the store. It was worth it to see the looks on all of their faces.” McAllen is currently looking for employment, but is happy to finally be out of that negative environment. 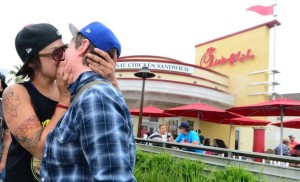 This isn’t the first time that Chick-Fil-A has had employees quit due to homophobia in the work place. Back in 2012 Chick-Fil-A gained massive support from anti-gay customers when it was released that the company had been giving millions of dollars to groups that advocate against gay rights and even support ex-gay therapy.
During this time they also gained equally negative press from the pro-gay community. Since then they have been trying to distance themselves from this stigma
but considering that each of the branches are own independently, it just depends who is running the branch.