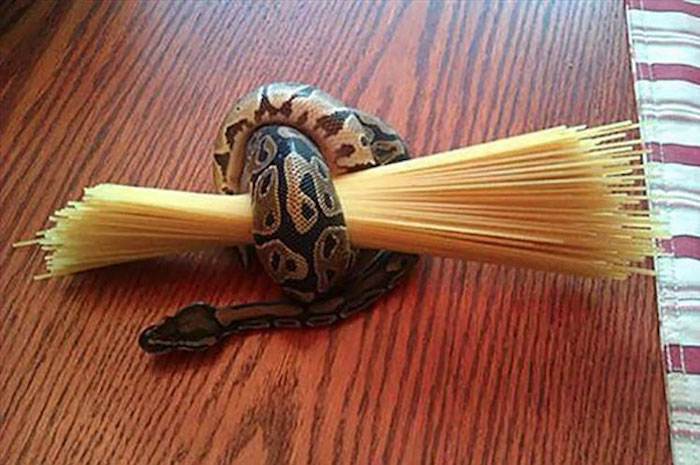 Life hacks are awesome. Handy short cuts that let you get the boring stuff done quicker and easier, giving you more time to get on with the more important stuff, like playing with your dog or saving the world.

These life hacks however, are not that. These are parody life hacks, life hacks so creatively useless that the only thing they are good for is making you giggle uncontrollably. Which I guess is an end unto itself right? This is the sequel to our previous pro-tip shit list, which proved wildly popular!

Scroll down the list below and marvel at the absurdity of it all, but whatever you do don’t take any of this terrible advice on board, as some of them are actually pretty dangerous. Do vote for your favourite though!

#1 Don’t Throw Out Old Doll Heads. You Can Turn Them Into Handy Night Lights For Your Kids #2 Tired Of Boiling Water Every Time You Make Pasta? Boil A Few Gallons At The Beginning Of The Week And Freeze It For Later #4 Eggs Are Really Healthy And Should Be The Foundation Of Your Diet. Don’t Like The Taste? Add Cacao, Butter, Flour And Bake For 30 Minutes #6 Batteries Dead In Your Smoke Alarm? Just Use Popcorn As A Smoke Alarm. When You Hear Crackling, Grab Your Popcorn And Get The Hell Out #7 If It Works It Isn’t Stupid #8 Use A Snake To Hold Your Pasta Easily #9 If Your Car Is Making An Unsettling Noise, Just Turn Your Radio Up Until It Disappears #10 When Cutting Bagels In Half, Put Your Finger Through The Stabilization Hole To Keep It Steady #12 Pro Tip: If You Stir Coconut Oil Into Your Kale It Makes It Easier To Scrape Into The Trash #15 Use This Hack With Deaf People

#16 Want To Get Rid Of Wrinkles Fast? Just Get Bit By A Rattlesnake #17 Want To Turn Your Drink Into Diet? No Problem! Just Push This Button #20 Use This Tip To Save Your Money