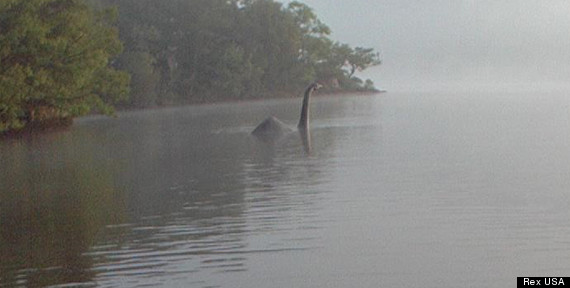 PHOTO: Loch Ness Monster Captured On Film. A man traveling in Windermere, England captured what appears to be “Nessie” rising up from the waters over 300 miles away from her Scottish home in Loch Ness.

According to the story on Huffington Post they state, “It must be real because the agency that sold us the photo thinks it might be!”

Then unnamed photographer set up his tripod to take photos automatically throughout the day. When he returned from lunch to download the images, he found the “creature” in the photo. ”

At first, we thought it was a swan or goose,” James Ebdon of Autographer said. “Initially we were excited, then skeptical, and then we started laughing. Who knows what it is. Whatever it is we will leave it to the experts.”

Check out the photo. What do you think?